Make or break: O, A level results out

Make or break: O, A level results out 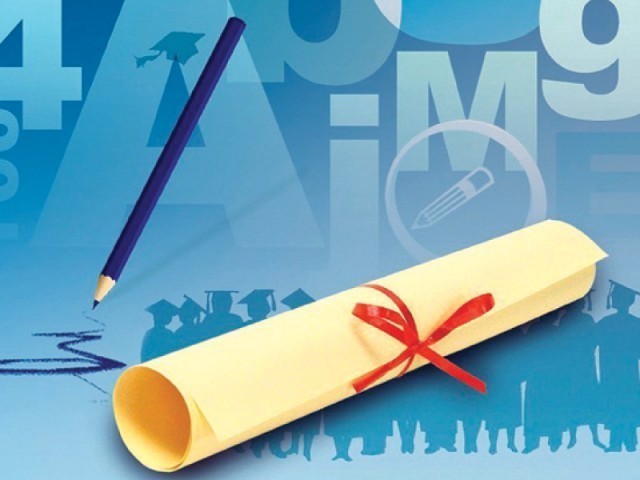 ISLAMABAD: The beginning of August has always been an intimidating time for students. Not only do schools reopen and students head back to classes, but the results for ‘O’ and ‘A’ level students are announced.

While a few are excited, most students are nervous. One cannot blame them, as the result decides where they will go from here.

Abdullah Zeb, an A-level student at Global System of Integrated Studies (GSIS) with straight As, is one of two students in Pakistan to receive the 2015 Sheffield Scholarship. “I owe my success to the school and the management who gave me immense love, support and guidance at every step”, he said.

Maryam Zeb, another leading student at GSIS, said the real achievement for her in O-levels was “to balance academic life with quality non-academic life”.

Yamna Fatima, an O-level student from Headstart school who scored straight As told The Express Tribune her result was the “result of the determination and hard work my incredible teachers put in,” she said.

“I was ecstatic when the head mistress told me I had gotten straight As — it was one of the happiest moments of my life,” said City School student Asfandyar Cheema.

Sahil Naseer, another O-level student with straight As from Headstart, said it was no easy task. “My parents and teachers contributed immensely in my result and for that I shall always be thankful to them,” he shared.

“It is indeed a pleasure, and a moment of pride for parents when they see their children score well,” said Sahil’s mother Mussarat Naseer. It is not just the students, parents and schoolteachers are equally worried about the result.

“The CIE [Cambridge International Examinations] result is equally stressful for the teachers and parents as well,” said Fatima Rizvi, a director at GSIS.

Hassan Naveed, a student of Roots Ivy International, who scored seven As in A levels along with an Advanced International Certificate of Education distinction, pointed out the importance of personal attention and individual counselling for students. “I earned this achievement simply because of the hard work my teachers put in,” said Hassan.