What’s your grade? Sighs of relief as CIE announces results

What’s your grade? Sighs of relief as CIE announces results

We are proud to work with school­s in Pakist­an to prepar­e studen­ts for the future and help them achiev­e their goals
By Yusra Salim
Published: August 12, 2015
Tweet Email 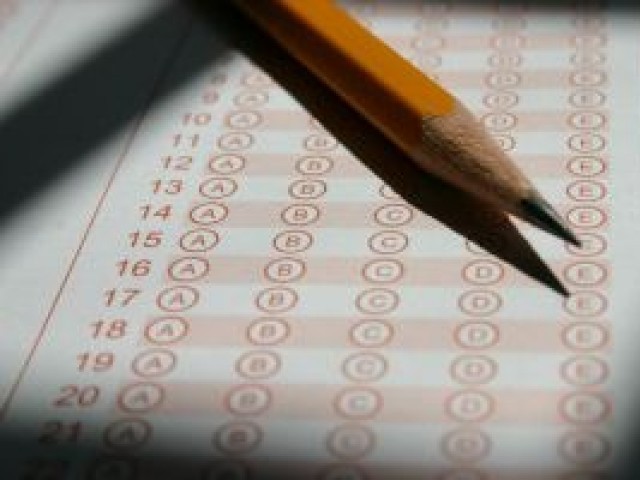 The disturbing nightmares that many suffer from until the announcement of results finally came to an end as Cambridge International Examinations (CIE) O and A levels results came out on Tuesday.

Fatima Zehra Awan, a student of The Lyceum School, was relieved to see she had scored two A’s and a B in her A’ levels. “I had to get at least two A’s or else my mother had promised to throw me out of the house,” she laughed. Awan, who appeared for Mathematics, Economics and Psychology subjects, had a very low phase in studies until February. However, she said, she worked day and night to prove her mettle.

Similarly, Rabbeya Tariq, a student of Beaconhouse School Defence campus, was overjoyed to score an A* and an A in her O levels as her siblings had set the bar high for her. She wanted to receive a gold medal like them. “I know I will do the same as my elder brother and sister did,” said Tariq, who appeared for O levels in Pakistan Studies and Islamiyat.

“The feeling of getting your grades announced in front of 250 students in an auditorium is like a nightmare,” said Aleena Abid, a student of Karachi Grammar School who scored four A’s in her A levels first year. “But my parents and I am happy that I got the maximum I could have scored.”

With the number of students opting for CIE qualifications increasing over the years, exam entries have risen by five per cent in the past year. “We received over 250,000 exam entries this year from different schools in Pakistan,” CIE country director Uzma Yousuf Zaka told The Express Tribune.

“Our programmes and curriculum set the global standard for international education,” said Zaka, adding that Cambridge curriculum is created by subject experts, is rooted in academic rigour and provides a strong platform for progress.

Michael O’Sullivan, the chief executive of the Cambridge International Examinations, in his message to the students, said: “I wish every success to students who are collecting exam results today in Pakistan. Cambridge qualifications open up so many opportunities globally with universities and employers. We are proud to work with schools in Pakistan to prepare students for the future and help them achieve their goals.”