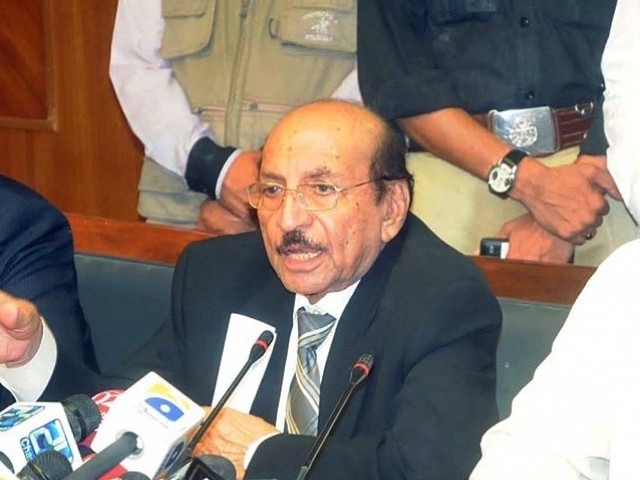 KARACHI: Chief Minster Sindh Syed Qaim Ali Shah on Thursday advised the Rangers from encroaching on a provincial subject, noting that the Sindh government had a department to tackle with corruption, with no room for any other institution to intervene in it, Express News reported.

Taking a jibe at the paramilitary force Rangers, Shah told reporters at a press conference at the Chief Minister’s House that “anti-corruption is a provincial matter and we have our own anti-corruption department functioning.”

Criticising the paramilitary’s actions, the chief minister said during a recent raid, the Rangers had confiscated around 5,000 files although they only needed one or two files.

Defending its anti-corruption efforts, Shah said, “We have previously arrested and removed high ranking official including up to grade 19 officers over corruption charges which shows that our anti-corruption department has been actively performing its duties.”

Expressing his surprise that the National Accountability Bureau (NAB) was springing into action in the province, Shah questioned why the authority had become active now, although it never indicated corruption in the province in the past.

The chief minister also criticised the role of the Federal Investigation Agency (FIA).

The chief minister also lamented the fact that a wrong impression of Sindh government’s performance was being portrayed in the media.

Discussing the proceedings of the cabinet meeting, he said the flood situation in the province, along with other important issues, came under discussion during the meeting.

Over a million people affected by floods in Pakistan: NDMA