Cine begin: Aleeze Nasser off to a flying start

Cine begin: Aleeze Nasser off to a flying start 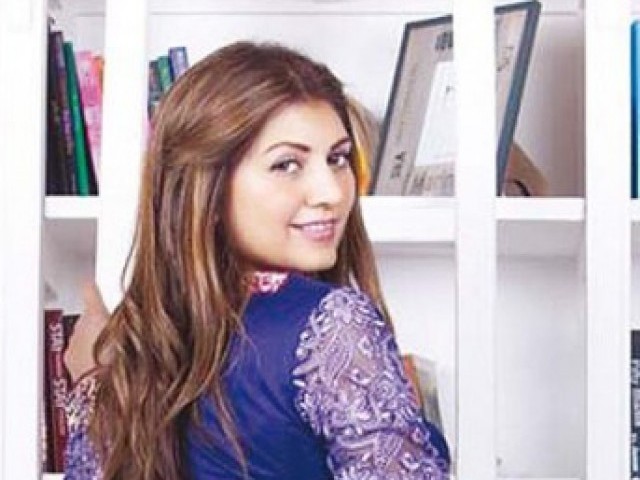 Debutante on how a chance encounter with director Hassan Waqas Rana landed her a role in ‘Yalghaar’. PHOTOS: PUBLICITY

Within days of its release, the trailer of Yalghaar got cinemagoers craning their necks to get a closer look at the action-set pieces and star-studded cast, which includes some of the industry’s most recognised faces. Starring alongside the likes of Humayun Saeed, Shaan Shahid, Adnan Siddiqui and Ayesha Omar is newcomer Aleeze Nasser, who has piqued curiosity being a new face amid a host of industry stalwarts. The half-Turkish, half-Pakistani actor told The Express Tribune it was only through a chance encounter that she ran into Yalghaar director Hassan Waqas Rana, colloquially known as Doc, who asked her to star in his directorial debut.

“I was in Dubai working on an advertisement for a telecommunication service when I met Doc and he told me about how Pakistani cinema was experiencing a revival, and that he wanted me to be part of the cast for Delta Echo Foxtrot [later changed to Yalghaar],” she said in a chat over the phone from Dubai. A trained actor from the New York Film Academy in Los Angeles, Aleeze had close to no knowledge about the Pakistani film industry. It was on Hassan’s insistence that she saw his debut production Waar. “I hadn’t seen many Pakistani films, but when I saw Waar, I liked it and decided to come on board for the project.”

Having seen some iconic Pakistani television plays during childhood, Aleeze likened the chemistry between Adnan Siddiqui and her characters in Yalghaar to “old-school romance.” Elaborating on her role in the film, she stated, “I play an army man’s wife and the film shows how the relationship between these two individuals progresses. They have a unique affection for each other and their relationship gets complicated due to the nature of the husband’s job.” The last movie Hassan wrote was Waar, which was mainly an action flick with a low romance quotient. Aleeze feels the audiences will now get to enjoy her romantic equation with Adnan in Yalghaar.

While the male members of the cast had to go through a boot-camp experience to train for the film, Aleeze had to brush up on her Urdu. “I can speak Urdu but Doc asked me to read a little poetry, such as that of Mir Taqi Mir, for the role,” she shared.

Even with her career yet to officially take off, Aleeze has already managed to capture the attention of a handful of producers. The actor is slated to play an integral character in Waar 2, besides starring in serials on a local TV channel. “In Waar 2, audiences are going to see me in a completely different avatar, as it’s going to be different from my role in Yalghaar,” she said, adding her role in the sequel of Waar will involve a great deal of ‘physicality’ and will be a little ‘sporty’.

There is also something much bigger in the pipeline for Aleeze. “I’ve been working with the Dubai Film Commission and was recently approached to star in a movie, which also features Denzel Washington.” Although she hasn’t signed up for the project as yet, she has made her reservations quite clear. “I’ll only do it if it’s a substantial role. With Bollywood and Hollywood films, if you play small characters, there’s a chance your character may die out and not leave a mark on the audiences.” For now, the audiences will have to wait till later this year to see her make a mark on the big screen.

For the dandy and the dapper