Terrorism and our neighbours

Terrorism and our neighbours 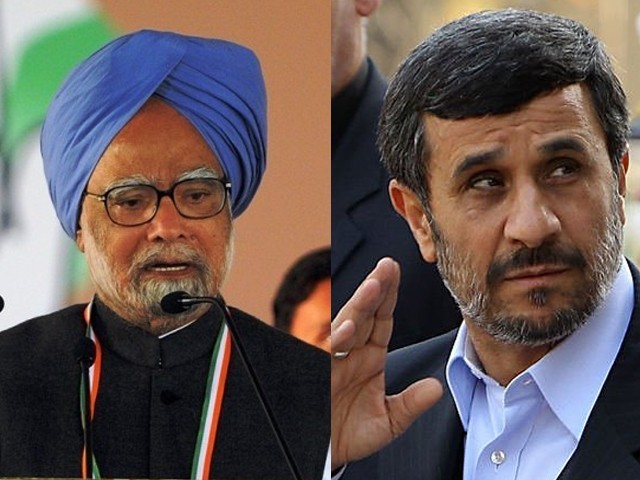 Both the Iranian president and the Indian Prime Minister Manmohan Singh called on Pakistan to do more against terrorist outfits based out of the country. PHOTO: AFP

Two neighbourhood complaints regarding terrorism emanating from Pakistan have come on the same day. Indian Prime Minister Manmohan Singh has repeated his condition of having friendly relations with Pakistan only if the latter ensures “that its territory is not used for terrorist activities against us.” Iranian President Mahmud Ahmadinejad has rung President Asif Ali Zardari to demand that Pakistan capture and hand over the Jundallah terrorists who killed 39 people during a Muharram gathering on December 15 in Iran’s province of Sistan-Balochistan.

It is ironic how the two complaints are viewed by the international community. The Indian plaint, intensified after the 2008 reign of terror in Mumbai, goes back at least two decades and started with the ‘condition’ of Pakistan stopping ‘cross-border’ terrorism (read Kashmir). The entire world sympathises with India and holds Pakistan responsible for not suppressing the responsible jihadi organisations. Since these organisations also threaten other states because of their nexus with al Qaeda, the demand that Pakistan take action in eliminating them has the backing of the UN.

The plaint from Iran goes to the root of Iran’s decades-old grievances against Pakistan. The Iranian press has become sensitive to news coming in from Pakistan, often about Shia-killings at the hands of outfits that have been practicing jihad on the side in Pakistan’s covert proxy wars. It looks at Jundallah as a Baloch nationalist organisation that functions with impunity inside Pakistani Balochistan. Pakistan, sincerely wishing to shore up its relations with its western neighbour since General Zia spoiled them, is faced with the problem of lack of control over its territory in Balochistan where it is contending with insurgency. Its hands are tied by the fact that the Taliban in Balochistan are steadily targeting the Hazara Shia in Quetta.

Pakistan is playing on a weak wicket, but its attitude towards the two complaining neighbours is extremely interesting. To India and the international community lined up at the UN, it says that it is going through the judicial process of indicting the said jihadi organisations and is taking time because credible proof is required to get them convicted. It tells India that it, too, is doing ‘parallel’ mischief in Balochistan from the bases it has unfairly acquired in Afghanistan with the help of the US and Nato countries. The response from the international community to this is dismissive because Pakistan has not been able to furnish any evidence of India’s culpability so far, in contrast to the testimony against it by terrorists such as Pakistan-linked David Headley who planned the Mumbai attack. Pakistan, less credibly, opposes the Indian complaint with its own complaint: that India does not come to the negotiating table to discuss bilateral disputes, including Kashmir.

Iran has enemies at the regional as well as global level. It threatens the US with its aggressive nuclear programme which it will not open for inspection and faces punitive resolutions from the UN Security Council. That under a challenging President Ahmadinejad it also threatens Israel may be favoured by some radical anti-government elements in the Middle East, but neighbouring Arab regimes despise this policy and think Iran has hegemonic designs against them. Needless to say, these regimes are friendlier to Pakistan, which irks Iran and compels it to interpret Shia-killings in Pakistan as a ‘relocated’ Arab-Iranian war. Hence, no one apart from Pakistan is disturbed over the Iranian plaint. But Pakistan can do little about it, given the fact that it does not control Balochistan and is, in fact, allegedly banking on the anti-Iran Taliban to provide it ‘strategic depth’ in Afghanistan.

What should Pakistan do? There is a lesson in what the Chinese have done to sideline difficult bilateral disputes with India: open free trade and create mutual vested interest in resolving issues in a more favourable environment in the future. Had Pakistan not been hamstrung by the dominance of military thinking at home, it would have followed this route, which would have allowed it to mop up the terrorists on its territory.