In Pakist­an, the forest area is only 4.8 per cent of the countr­y’s area
By Our Correspondent
Published: July 27, 2015
Tweet Email 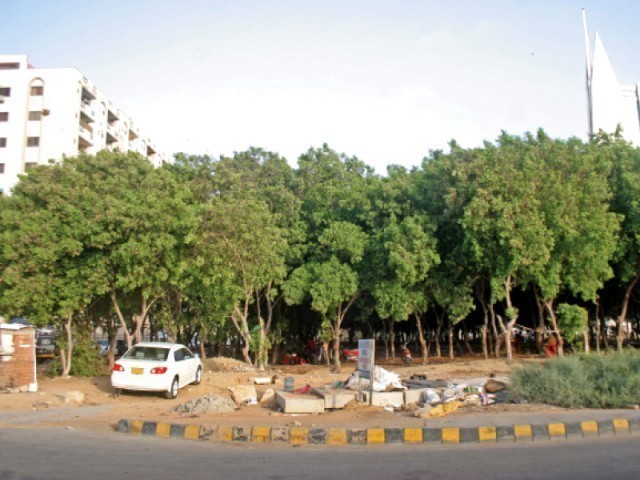 The Environment Protection Department has written a letter to all government departments asking them to make plantation an integral part of their development plans.

The letter, written on July 15, says that a large number of roads have been constructed [across the province] without plantation of trees on both sides. It says that trees are an effective solution to the problems related to climate change.

“We all know that trees help attract clouds for rain and reduce the amount of carbon monoxide in the air helping reduce the effect of global warming. Trees help recharge ground water and sustain stream flow. Trees planted on sides of roads address problem of traffic pollution,” the letter reads.

According to international standards, the forest area should comprise 25 per cent of inhabited land. In Pakistan, the forest area is only 4.8 per cent of the country’s area. The letter states that it is extremely important for Pakistan to have more trees. It has urged the departments to ensure that one per cent of the cost of their development projects is reserved for plantation. To make the task easier, the department says, the cost of water sprinklers or water bowsers should be made part of the PC-1 for government schemes.

The department has urged presidents of chambers of commerce and industry to ask industrialists to plant  trees at their units during the next plantation season.

The department has also asked the School Education and Higher Education Departments to issue instructions to educational institutions to plant trees on their premises.