Foreign exchange reserves held by the SBP had gone up 6.2% in the last week of June 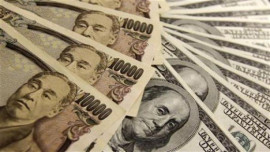