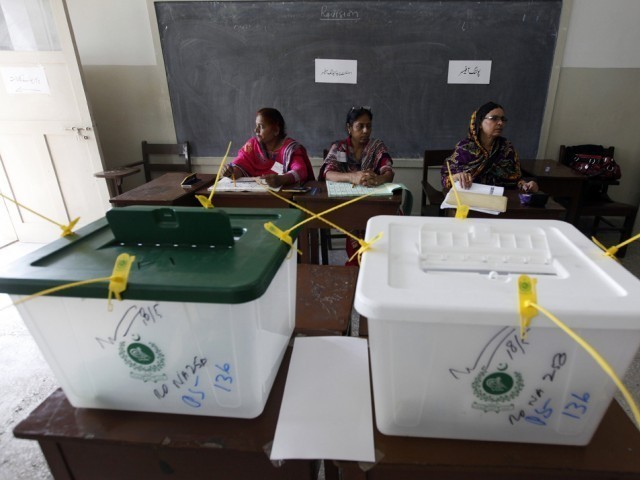 Any plan or design to manipulate or influence the election systemically could not be proven by any of the parties to the proceedings, said inquiry commission. PHOTO: REUTERS

ISLAMABAD: A three-judge inquiry commission probing into allegations of systematic rigging in the 2013 general elections has rejected the Pakistan Tehreek-e-Insaf’s (PTI) allegations of organised rigging during elections.

The commission in its 237-page report said despite some lapses on part of Election Commission of Pakistan (ECP) “the 2013 general elections were in large part organised and conducted fairly and in accordance with the law.”

While acknowledging that the PTI was not entirely unjustified in demanding the establishment of a body to inquire into its suspicions and allegations regarding the 2013 general elections, the commission said, however, any plan or design to manipulate or influence the election systemically could not be proven by any of the parties to the proceedings nor it is evident from the evidences produced before the commission.

The report further said that allegations against those allegedly involved in the plan/design to influence the outcome of the elections also remained unsubstantiated by the evidence on record.

The inquiry commission concluded in its report that “despite some lapses by the ECP it can not be said on the evidence before the Commission that on the overall basis the elections were not a true and fair reflection of the mandate given by the electorate.”

PTI chief Imran said they accept the verdict of the inquiry commission but would be able to comment only after seeing the report, Express News reported.

Taking a jibe at the premier, Imran said Nawaz is lucky to see the report first otherwise all the parties should have received the report simultaneously. Although as many as 21 parties had levied allegations of rigging in the 2013 general elections but it was only PTI who fought the case in commission, Imran added.

Earlier, the premier had called a meeting of legal advisers to review options to publish judicial commission’s report over alleged rigging in the 2013 general elections. “The PM’s legal team will brief him on the report and subsequently the report will be uploaded on the website of the Ministry of Law,” a PM House spokesperson had said.