The injured were later referred to the Civil Hospital in Quetta for treatment of their critical wounds. STOCK IMAGE
QUETTA:

At least four people were killed and twice as many injured in a road accident in the Khan Mehtarzai area of Ziarat district on Wednesday.

“Two vehicles collided head-on while coming from Khan Mehtarzai to Quetta,” a Levies official told The Express Tribune. “As a result, four people, including two women and a child, were killed on the spot while eight others were injured.” Security forces and volunteers shifted the casualties to a nearby hospital.

The injured were later referred to the Civil Hospital in Quetta for treatment of their critical wounds. The deceased were identified as Matiullah, Nisar Ahmed, Bibi Irum and Bibi Raheema.

Meanwhile, a miner was killed and four others were injured when a portion of a coalmine caved in at Duki town of Loralai district.

The coalmining town of Duki is most infamous for recurrent accidents in mines raising questions over the security of coalminers. In February this year eight miners had died in an explosion deep down under. 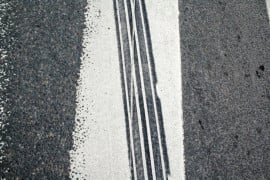 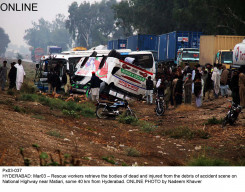