Player­s from home will not be making an appear­ance in the tourna­ment due to securi­ty concer­ns
By Sports Desk
Published: July 21, 2015
Tweet Email 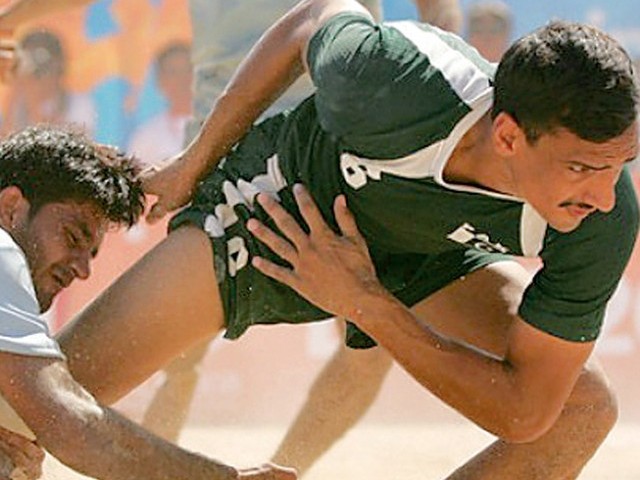 KOLKATA: Two Pakistani players who signed up for the on-going professional Kabaddi league in India will not make any appearances in any match held in Mumbai and Pune due to “security concerns”, Indian media reports said on Monday.

“Franchises will not field players of Pakistani origin for matches held in Mumbai and Pune,” said Mashal Sports, the organisers of Pro Kabaddi 2015, in a written statement to an Indian newspaper.

“This is in light of security concerns for the safety and success of the tournament being hosted in Mumbai and Pune,” the statement said. Ashish Chemburkar, Shiv Sena leader, warned the channel that his party will not allow Kabaddi matches to be held in Maharashtra state if Pakistani players were allowed to participate in the tournament.

“Yes we have told Star Sports clearly that we won’t allow the tournament to go ahead unless Pakistani players are excluded from the tournament. While our jawans are being killed by Pakistanis how can we allow them to play,” questioned Chemburkar.

The Shiv Sena leader said the management of Star Sports had informed his party that since Pakistani players were not in a contract with any Mumbai franchise, therefore, there should not be any objection to them not being included in the tournament.

“We have clearly told them that we don’t care which team has picked the Pakistani players, we will not allow them to play,” clarified Chemburkar.

The Pro-Kabaddi league started airing on Star Sports from July 18.

Sena’s leader had also extended a warning to Star Sports of what he termed a ‘Sena style protest’ if players from Pakistan were showcased on the channel.

Following recent reports by the Indian media, it seems as if Ashish Chemburkar has been successful in his quest to exclude the Pakistani players from the tournament.