DESIGN: FAIZAN DAWOOD
The counter terrorism department arrested on Wednesday a man who had been blackmailing officials of the judiciary and demanding money claiming to be a judge of the Peshawar High court.


In a statement, the CTD said the accused Kamal Afridi, a resident of Khyber Agency, was caught in the Gulberg area of Peshawar after detailed investigation that lasted more than three months.

The accused who has admitted to charges against him had been extorting money from judges for the past one year. Kamal Afridi was shifted to an undisclosed location for further investigation.

Earlier in the month, an anti-terrorism court sentenced a man to seven years in jail after convicting him of extorting a businessman.


Farhan Saleem was arrested in May 2013 when he was collecting extortion money from a soap trader, Muhammad Ameen, in Lyari’s Lea Market. The trader had registered a complaint with the police about the threatening calls he had been receiving, demanding Rs1.5 million. The caller identified himself as notorious gangster Sheraz Comrade and threatened to kill him if he did not pay the protection money, said the complaint, adding that they settled on an amount of Rs50,000 after negotiation.

On the night of May 15, 2013, the complainant went to the pre-decided site, where a motorcyclist approached him and demanded the money. The police personnel deployed at the site intervened and apprehended the suspect, who was later identified as Saleem. 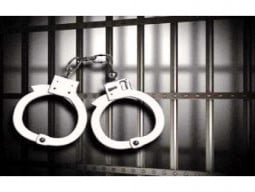 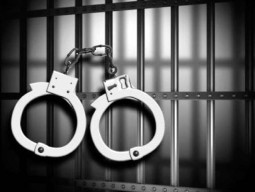