Meraju­ddin and Sher Rehman were allege­dly demand­ing Rs0.4 millio­n as extort­ion from a trader in Doaba
By Our Correspondent
Published: June 17, 2015
Tweet Email 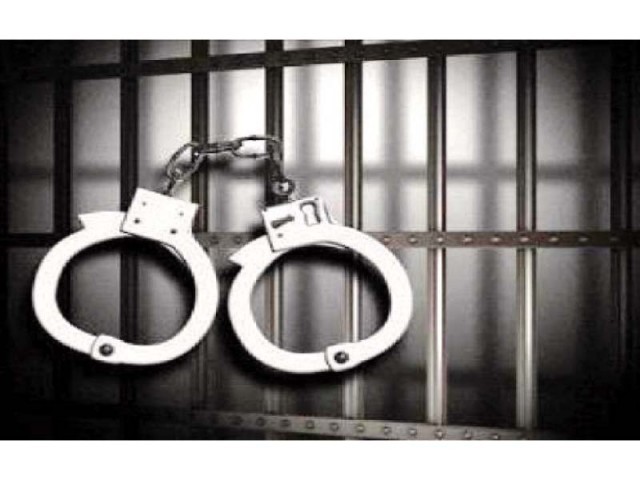 PESHAWAR: Three wanted men were arrested on Wednesday. The counter-terrorism department (CTD) with the help of the Intelligence Bureau arrested an alleged terrorist, Farooq who is a resident of Maroof Khel area of Bara. Farooq was wanted to Mattani and Sarband police in several cases of terrorism, including a bomb attack at Bara Qadeem check post. He is said to be a prominent member of a banned outfit and had a bounty of Rs0.5 million on his head. Similarly, CTD in Kohat arrested two extortionists. Merajuddin and Sher Rehman were allegedly demanding Rs0.4 million as extortion from a trader in Doaba. Both are Afghan refugees.