ATC issues non-bailable warrants for arrests of TTP chief, others The Sindh High Court has directed the local government secretary and the Karachi Metropolitan Corporation (KMC) chief to ensure the payment of salaries and pension to the corporation's employees within two days.

A division bench, headed by Chief Justice Faisal Arab, passed this direction while hearing a petition filed by the KMC workers union, Sajjan, which had taken the Sindh finance and local government departments as well as the KMC authorities to court in 2013.

According to the union's lawyer, Nadeem Sheikh, thousands of employees, including pensioners, sanitary workers and the staff of the fire brigade department, have not been paid their salaries for the last two to three months.

During the course of the hearings, the court had been issuing directions to the provincial government's finance secretary to resolve the problem by providing Rs500 million as aid to the KMC by the 10th of every month but the issue is yet to be resolved. 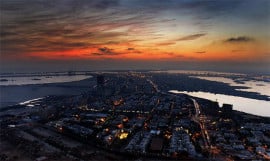 ‘Sharifs failed to disclose sources of income to NAB’ 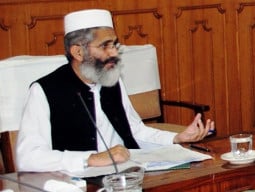 Pakistan conveys 'serious concern' to Afghan side over 'baseless' allegations

Mirza Dilshad Baig | 5 years ago | Reply The pension of my Mother in Law have not been received since last 10 Months last pension recvd by Aug-2014 Detail is here-under: KANEEZ BEGUM W/O ALI MOHAMMAD BAIG PENSION NO. 1316 (KMC) Bank A/C No. 00159903802586 HBL, Shujabad Branch PLS HELP. Thanks. Mirza Dilshad Baig son in Law of widow (pensioner)
Replying to X
Saved ! Your comment will be displayed after the approval.
Error !
Error! Invalid Email.