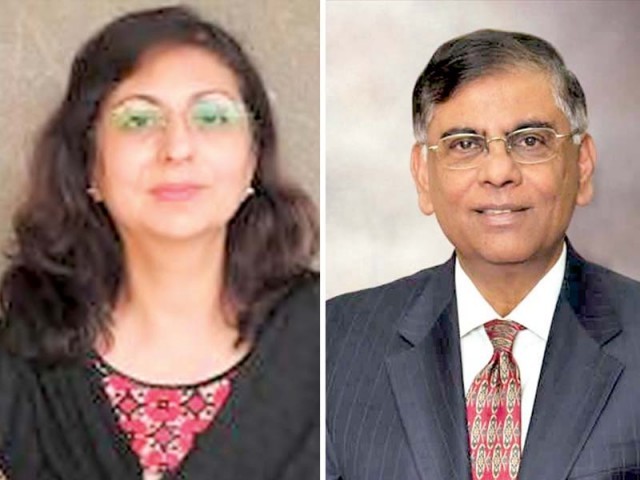 ISLAMABAD: The vice-chancellor (VC) of Quaid-e-Azam University has reportedly written to the president to remove a university dean from her post merely because she opposed a few decisions of the VC concerning faculty appointments in her department.

QAU Social Sciences Dean Dr Aliya Khan Monday told The Express Tribune that Dr Javed Ashraf, the VC, had forwarded the recommendation to the president who is also chancellor of the varsity. Ashraf, however, has denied the claim.

As per the university act, deanship is a constitutional position and its appointment and removal rests with the chancellor.

Khan claimed that the VC had called her to his office on Friday and asked her to either resign or she would be removed through the president. “I have the authority and sources in the presidency. So you better resign [voluntarily],” Dr Alia quoted the VC as saying.

She claimed that the VC wanted her removed because she had dissented with him on issues concerning postings of faculty members in the Faculty of Social Sciences.

One such issue was the appointment of Dr Ishtiaq, an associate professor in the university’s School of Politics and International Relations, as a professor.

Similarly, Khan claimed, the vice-chancellor went against the rules and cut short the tenure of QAU School of Management Sciences Director Ajmal Waheed. Waheed was appointed by the incumbent VC in May for a period of three years but his tenure has now been cut down to August 31, 2015.

The decision was taken because the director had differences with his faculty members. Khan, however, said that it was an internal issue which could have been resolved within the faculty. Besides, she said Waheed is the only professor in the department.

Khan said that decisions were being based on personal interest, instead of the good of the university at large.

Dr Zafar Nawaz Jaspal from the School of Politics and International Relations said removing the dean in such a hasty way would prove a disaster.

It is not the first time that Ashraf, the VC, has found himself at odds with a faculty member.

In May this year, his move to lease out 17 acres of the university’s land to another higher education institute, as a measure to generate money and meet funds shortages the university is facing, was opposed by the faculty and employees.

University employees ended their weeks-long protest only the last week after the VC accepted their demands which included leave-encashment, marriage grant, and promotion.

The VC denied he had recommend Khan’s removal or asked her to resign, saying it was unfair reporting by the media.