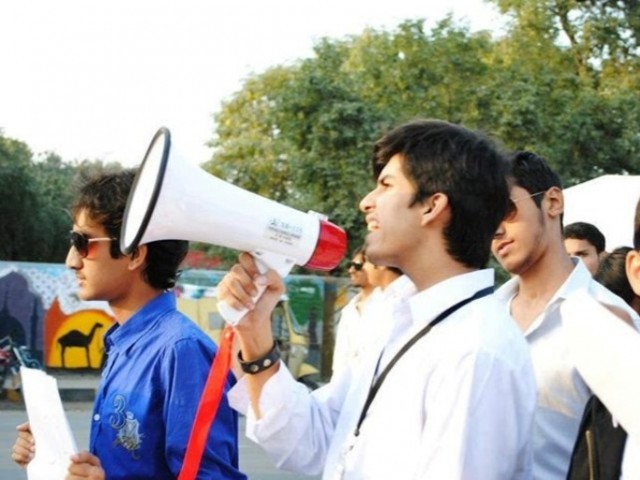 The summit is the world’s biggest conference for youth with 138 participating countries. Varind’s project was among the 18 that were chosen for the award from an overwhelming 1,898 submissions reviewed by 40 jurors. Varind won in the category ‘pursue truth’  for his project Voice of R (VOR), which is an online forum dedicated to the Pakistani youth in a bid to motivate them to be proactive and work for positive social change. The main aim of the online form is to engage people in discussions that promote freedom of expression and human rights, irrespective of religion and background. Activities of VOR also include promoting local talent and organization of social events.

Belonging to a humble background, Varind strove for brilliance from a very young age. He has organised several fund-raisers and social campaigns and protests and is the managing director of two international magazines; Times of Youth and Voice of R. However, he began his campaigning with the simple hash tags #IamPakistan and #ReclaimPakistan.

The World Summit Youth award (WSYA) is an exceptional worldwide competition that recognizes young people from around the world and brings together developers and digital entrepreneurs under the age of 30, who use the internet for positive change and development according to the UN Millennium Development Goals (MDGs).

Varind continues to work making positive social impact through the internet and striving for a better Pakistan.

Moreover the Federal Minister of Pakistan, Ahsan Iqbal has recognized his efforts and offered him the services of the planning commission for his project Voice of R.