Lack of funds: Fencing yet to be completed at Sindh’s largest safari park

Lack of funds: Fencing yet to be completed at Sindh’s largest safari park

All the animal­s are kept in cages for want of proper fencin­g
By Our Correspondent
Published: July 4, 2015
Tweet Email 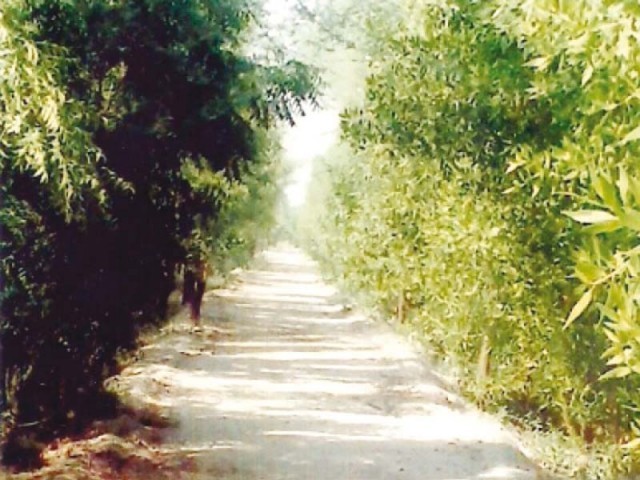 KARACHI: The fencing of Sindh’s first and largest public wildlife safari park, the Booharki Wildlife Safari, has not been completed as yet despite the directives of Chief Minister Qaim Ali Shah.

On April 17, it had been decided during a meeting at CM House that the remaining work on fencing will be completed soon and that the chief minister will inaugurate the facility on July 15. According to an official requesting anonymity, funds worth around Rs80 million were released for the task. “Not a single penny has been spent as yet,” he said.

The biodiversity park is located around 42 kilometres from Badin near the Rann of Kutch. The foundation stone of the park was laid in January 2011. Out of the 100 animals in the safari, including hog deer and Chinkara, only 49 have survived. All the animals have been kept in cages for the last two years due to the absence of a proper fence. This is despite the fact that wildlife experts advised the forest department to release the animals immediately into their natural habitat.

An official of the forest department informed The Express Tribune that the department had though decided to shift the animals to Pai Forest located in Shaheed Benazir Bhutto district until the work on fencing is completed, but there is a chance of casualties if animals are shifted from their present location.

Other officials said that most of the animals are facing difficulties. “They [animals] are in hunger and the prevailing weather can be harmful to them,” said one of the officials. According to him, it is the incompetency of officials and the political involvement that has hindered the progress of the fencing of the safari park. “There is acute shortage of food for these animals as well.”

While there is grass in the park, the animals are deprived of setting foot on it. “It is an injustice to keep these animals in enclosure for a longer time,” he said. “Their survival is [only] possible in open space.” He added that senior officials, including the secretary and the minister, have been informed about the importance of the park and the threats that the animals are facing.

The decision of shifting the animals may destroy the park as most of the officials fear that this will result in the elimination of all hope that the facility would ever be completed. Wildlife officials said that it is a beautiful and natural park. “Families can enjoy here and it is also an ideal location for researchers,” they said.

Back in black: Munir Shaikh posted as DIG East again