Setting house in order: Bilawal to reorganise party in Punjab

Martunis is the new recruit for the Sporting Lisbon academy, where he'll live, study and grow as a man and footballer Martunis was found in the region of Aceh, in the north of the island of Sumatra, three weeks after the tsunami that killed more than 220,000. PHOTO: AFP
LISBON:

An Indonesian teenager who was found alive wearing a Portugal shirt with the name of Cristiano Ronaldo 21 days after the devastating tsunami of December 2004, has signed for football superstar's boyhood club, Sporting Lisbon.

Martunis, 17, will join the Sporting academy, the same one that reared the talents of Ronaldo at the start of the last decade.

"Martunis is the new recruit for the Sporting academy, where he will live, study and grow as a man and footballer," the club said at an event in Lisbon on Wednesday evening.

"I am very pleased to be at Sporting, who have granted me my dream," said Martunis.

Martunis was found in the region of Aceh, in the north of the island of Sumatra, three weeks after the tsunami that killed more than 220,000 along the coasts of countries bordering the Indian Ocean.


In 2005, the Portuguese Football Federation paid to bring him to Portgual to allow him to meet Ronaldo.

The Real Madrid ace is a native of the island of Madeira and had joined the Sporting academy as a 12-year-old in 1995. After attracting attention from a number of clubs, Ronaldo had signed for Manchester United before the 2003-2004 season began. 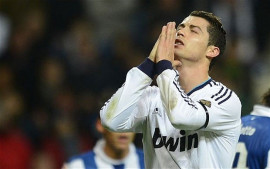 'Cristiano Ronaldo did not donate £5 Million to Nepal Relief Effort' 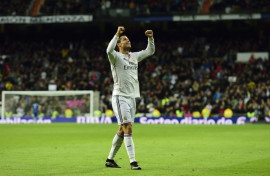