Senior Seraiki intellectual Dr Ahsan Wagha said the rulers of ‘Takht-e-Lahore’ exploit Seraikis from
time to time by encroachment of their lands and jobs thus depriving them from development opportunities.

He further said the map in which the Seraiki province is shown as a separate one from Punjab has a legal status now, and therefore action against the publishers or Punjab Curriculum and Text Book Board officials would be an illegal step.

Quaid-i-Azam University Seraiki Council Chairman Khurram Niazi said they appreciate publishing the map of Seraikistan and condemn its deletion on orders of Sharif. 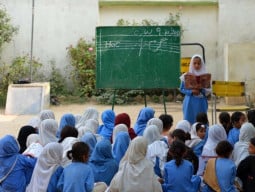 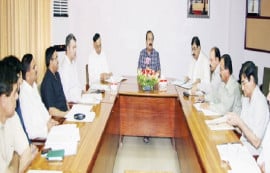 ‘Removal of textbooks from market ordered’ 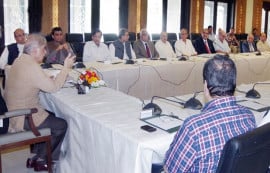 zahid | 5 years ago | Reply Saraikistan Zindabaad !
Replying to X
Saved ! Your comment will be displayed after the approval.
Error !
Error! Invalid Email.