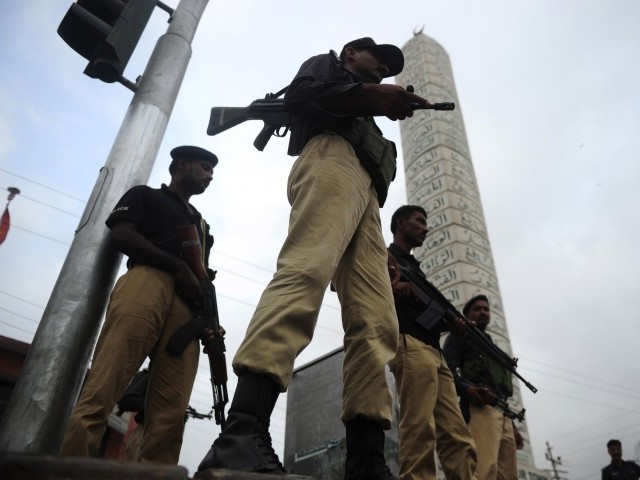 To have a vibrant, prosperous city, ensuring safety and security for its people, trade and businesses is vital. While the local police are the usually the agency most responsible for this, the police forces in Pakistan have suffered due to political wrangling, inadequate institutional reforms and lack of technological competency.

Over the years, the police have gained notoriety through their various transgressions involving the subversion of human rights, corrupt practices and inability to provide security to the people. All this has led to a trust deficit between the people and the police.

Although the government has failed to initiate and sustain the needed reforms, some citizen groups have decided to help improve matters. In a project funded by the National Endowment for Democracy, Karachi-based organisation Shehri – Citizens for a Better Environment (CBE) has been training police personnel who have entered the force at constable- and ASI-levels since 2007.

Shehri-CBE began training the police personnel in Karachi after realising that the knowledge and exposure of these police cadres regarding human rights and their sensitisation to women, children and minorities was practically non-existent. In 2008-2009, the programme was expanded to Hyderabad and Islamabad, and by 2010, it had spread to all the four provinces.

Discovering that the training curriculum at police academies and training schools did not address these areas of police engagement with the community, the Police Training College in Saeedabad, Karachi, was made a critical focus of Shehri-CBE’s project. Here, regular training workshops are held to improve the skills and awareness of inspectors regarding investigation techniques that conform to international human rights standards.

For example, participants are taught how to conduct searches of persons or premises without violating civil rights, how to interview women, how to respect the right of privacy, how to interview suspects within the parameters of human rights norms and how to treat the accused in a humane and dignified manner.

To create demand for police reforms, Shehri-CBE has also carried out campaigns in the print media and through SMS. Leading up to the 2013 general elections, the organisation engaged with political parties, urging leaders to include these reforms in their campaigns. Parliamentary committees were also encouraged to take practical steps to address the issues facing the police.

By interacting with the society, especially the youth, Shehri-CBE has managed to create awareness of these issues, with citizens voicing their views on the merits and demerits of the police department. It has also helped identify the decision-makers within the police department, which nominates the personnel for the trainings and hence has ownership in the project.

Shehri-CBE has also raised its voice over the issued faced by police personnel that can be addressed at the departmental level, such as delays in annual confidential reports and salary payments in cash without payslips in some areas. By publishing advertisements in the print media and writing to the relevant offices, the organisation managed to resolve these issues.

To promote long-term sustainability and strengthen the capacity of the local police, Shehri-CBE has also organised master trainer workshops, which have enabled the training of around 1,500 police personnel across Pakistan to date.

While such efforts are laudable and need to be replicated, however, long-term and holistic institutional and governance reforms are required to improve the quality of policing and establish much-needed trust between the police and the communities they serve.