Space techno­logy is the best area where invest­ment can be fully apprec­iated and utilis­ed by the expert­ise availa­ble
By Dr Abdul Majid
Published: June 11, 2015
Tweet Email 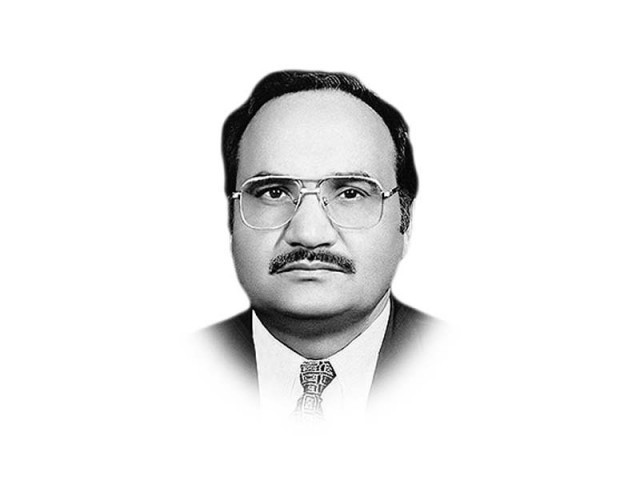 The writer is a former chairman of the Space and Upper Atmosphere Research Commission (SUPARCO). He served as director of the PAKSAT and BADR-1/B Satellite projects

In 15 to 20 years from now, the world will be aiming to send humans into deep space, orbiting Mars, and allowing for astronauts to physically reach an asteroid. This will be achieved through the innovation and development of new technologies which will pave the way for safer and more efficient transportation of humans to deep space and back. The world has planned to fully utilise the existing technologies and develop new ones to support critical elements for safety and health of astronauts. For this purpose, technology areas have been identified and goals have been set forth.

While the world is planning to set foot on Mars and asteroids, Pakistan is still struggling to make arrangements for safe travel at the terrestrial level. This is because we have failed to harness the transportation technologies that were developed over the last few decades. The economic corridor has, once again, afforded Pakistan the opportunity to focus on the development of technologies necessary to take up the challenges of energy, water, safety, efficient transportation, public health and education. But will this come to pass?

July 16, 1990 is an important date in the context of space exploration. Launching of the Muslim world’s first satellite, BADR-1, which was produced indigenously, demonstrated the potential of low-cost space hardware, software and techniques. Successful validation of design concepts and testing of technologies gave tremendous confidence to the mission objectives of the programme. BADR-1 was made possible by the vision and dedication of a few scientists and engineers passionately committed to a low-cost satellite demonstration. The satellite successfully performed digital store and forward experiments and bore many space qualified sub-systems, including those of power and communications. An improved version of the satellite along with a CCD camera, battery depth of discharge experiment and radiation dosimeter came in the form of a subsequent satellite BADR-2.

These experiments and innovations are essential elements for any space communication and earth observation programme. Unfortunately, the importance of these earlier achievements was not appreciated and efforts faded away with more emphasis on buying the complete systems rather than continuing on the path of in-house design and development. An attempt to put the indigenous design and development concept back on the rails met its fate when efforts for in-house design of many a sub-systems — including optical and high resolution synthetic aperture radar, data handling and communication sub-systems — critical for all time observation of the earth, were not rewarded.

Energy and communication are the key elements for economic recovery and so the actionable plan needs to primarily focus on relevant and adaptable technologies and the strengthening of applied research in these areas. Space technology experience gained through the launching of BADR satellites and subsequent efforts made for the development of earth observation satellites has definitely enabled the country to venture into expanding its technology base. Energy goals could be achieved by tapping natural resources of water, air and sun. Space technology could provide the information to identify potential sites for water storage, production of hydroelectric power and optimum route alignment.

Space power technologies are important because they cater to our direct national, on-ground needs. Besides the obvious applications of smart grid, terrestrial solar power systems could benefit from high-efficiency solar cells, advanced arrays, solar concentrators and thus advance the concept of green energy. In space, the major power sub-systems are based on the following: power generation, energy storage, power management and distribution. The best power generation system is the use of photovoltaic cells which ensures independence and green energy free from transmission problems.

Thus solar power technologies that focus on photovoltaic cells and associated mechanical and structural technologies for solar arrays become the foundational element for future industrial growth. Solar power generation is very closely linked with the energy storage capabilities. Batteries are an obvious means of energy storage and space systems have played a pioneering role in developing energy storage devices which have fulfilled other national needs. Over the last couple of decades, the life of energy storage devices used onboard satellites has increased from around five years to almost 20 years. These batteries operate in the hostile environments of space with the highest degree of reliability. On ground, batteries have become indispensable for a growing number of uses such as for communication — handsets, UAVs (for surveillance aerial coverage of disaster zones), back-up power systems and hybrid vehicles. Thus, the number-one priority for research and development by the public and private sectors are the batteries for energy storage and photovoltaic production for solar energy conversion.

This is a good time to rearrange our priorities and set our sights on national goals. Dependence on foreign expertise and other imported technologies needs to be curtailed and limited to the areas where it can help develop an indigenous resource or expertise. Space technology is the best area where investment can be fully appreciated and utilised by the expertise available within the country. I feel this is an opportunity to focus on space technology development and the civil space applications programme which will be a great help for the future. The programmes could be developed to include identification of sites for water reservoirs, for generation of hydroelectricity, wind and solar power generation, road alignment and route planning, land-use especially for location of future cities/towns and for identification of minerals. The space technology programme could include surveillance and security of the entire region. A low-flying drone programme for monitoring the entire region could be ably supported by small satellites and strategically located ground network.

What we must know about measles