Understanding the Pakhtun Question in Balochistan

Understanding the Pakhtun Question in Balochistan 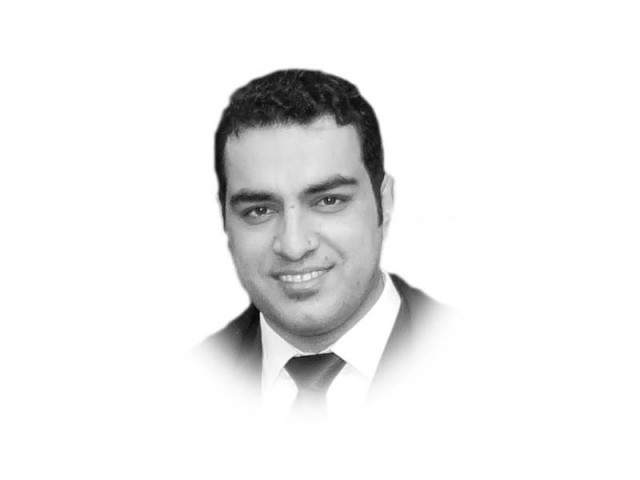 The writer is a Rhodes Scholar and is pursuing his MSc in Global Governance and Diplomacy at Green Templeton College, University of Oxford

The gruesome killing of at least 20 people in Balochistan’s Mastung district marked yet another dark day for the troubled province. While Hazaras and non-Baloch have been targeted in the past, this is perhaps the single biggest incident in which local Pakhtuns were singled out and killed. The incident has set the rumour mills churning, with people spewing different conspiracy theories about the perpetrators. Just two days before the incident, the Pakhtun nationalist leader Mahmood Khan Achakzai had reportedly got involved in an altercation with the Baloch nationalist leader Senator Hasil Bizenjo over the issue of Afghan refugees. While the Mastung massacre has no conceivable connection with the Achakzai-Bizenjo tiff, both incidents, nevertheless, point attention to the unresolved Pakhtun question.

The roots of the Pakhtun question can be traced back to the colonial era. During the colonial period, contemporary Balochistan was divided into a complex mix of administrative units: British Balochistan, Kalat state and its dependencies (Kharan, Makran and Lasbela) and the Marri-Bugti tribal areas. British Balochistan was a chief commissioner province that primarily comprised the Afghan territories that were occupied by the British during the second Anglo-Afghan War (1878-80). The name “British Balochistan” was a misnomer given that the Pakhtun Afghans constituted the majority in the province. In the wake of Pakistan’s creation, the chief commissioner province was renamed Balochistan whereas the Kalat state and its principalities were merged to form the Balochistan States Union. Both units lost their distinct identity with the formation of the One Unit. In the days preceding the dissolution of One Unit, Pakhtun nationalists, led by Abdul Samad Khan Achakzai, accelerated efforts for the merger of the Pakhtun territories of former British Balochistan with those of the then-NWFP to create a united Pakhtun province. The Balochistan Muslim League chapter led by Qazi Isa and Nawab Jogezai wanted the reconstitution of former British Balochistan and the Kalat state as separate provinces. However, the then National Awami Party leadership was in favour of merging the two units into a single province. Consequently, in March 1970, the boundaries of contemporary Balochistan were announced. Pakhtun nationalists were annoyed with the decision as the new arrangement deprived them of identity and relegated them to a minority status.

Since 1970, the Baloch-Pakhtun divide has remained a defining feature of the politics of Balochistan. The Pakhtun question has both an identity element and a power-sharing aspect. Pakhtuns complain that very few people outside Balochistan, including their ethnic brethren in Khyber-Pakhtunkhwa, recognise them as Pakhtuns. Most people call them Baloch. Even the very learned lot get it wrong. At best, they manage the bizarre category ‘Balochi Pathan’. Additionally, Pakhtuns seek either a separate province or an equal share in the distribution of resources and powers under the current administrative regime, arguing that they are a distinct national unit and should, therefore, be treated on an equal basis irrespective of population. Over the past three decades, the issue has been further compounded by the influx of Afghan refugees into Balochistan. Baloch nationalists allege that a conspiracy is being hatched to convert the Baloch majority into a minority. Pakhtun nationalists maintain that there were very minor differences between the Pakhtun and Baloch population originally but these increased over the course of time, largely through engineering in Baloch areas. On the issue of Afghan refugees, Pakhtun nationalists contend that the Afghans have shifted location within their own homeland. As long as they populate the Pakhtun region and don’t settle in the Baloch areas, the Baloch should have no problem.

Although the Pakhtun-Baloch political differences have sharpened over time, they have rarely escalated into violent conflict. The Baloch and Pakhtuns have coexisted peacefully and waged joint political struggles on various occasions. The following factors explain why cooperation and competition, rather than conflict, have been the defining features of their relationship. First, the Pakhtun and Baloch populations are regionally segregated. Except Quetta, Sibi and parts of Loralai, they live in mutually exclusive territories and recognise each other’s entitlements. Secondly, they have common ideological precepts and largely non-conflicting political objectives. Ideologically, both Pakhtun and Baloch nationalist movements have a shared history of engagement with left-wing politics and pro-democracy movements. Thirdly, the Pakhtun ethnic group is sufficiently large and is not a ‘minority’ in the strict sense of the word. In addition to having a significant population, Pakhtuns also fare well in terms of socioeconomic conditions and have a predominant presence in the provincial capital. These factors, combined with the relative peace in Pakhtun areas, have augmented their bargaining position vis-a-vis the Baloch, so much so that some representatives of the latter claim to be at a disadvantage vis-a-vis the Pakhtuns.

Currently, the Baloch and Pakhtun nationalist elites are coalition partners in the provincial government. They have agreed upon an informal consociational power-sharing arrangement. Nevertheless, the simmering dispute over population is rearing its ugly head and threatening the existing cooperation. Ever since the federal government announced the holding of the population census in 2016, the Baloch ethno-nationalists have upped the ante and vowed to prevent the holding of the census in the presence of Afghan refugees. Pakhtun nationalists fear that local Pakhtuns are being targeted in the name of Afghan refugees. On the Baloch side, a process of ‘outbidding’ seems to have started between the two major ethno-nationalist parties — the BNP and the NP. The former has taken an increasingly hardline vis-a-vis the Pakhtuns and has criticised the NP for yielding to them and compromising on Baloch interests. The 2016 census is likely to be testing times for Baloch-Pakhtun cooperation. Given the multitude of other challenges that confront the restive province, it cannot afford a confrontation between its two major ethnic groups. The political leadership of both groups, therefore, should act proactively to amicably resolve their disputes.

The far-reaching impact of Axact’s misdeeds