Ismail told the court that his life was in danger after he left his job at the ISI
By Our Correspondent
Published: June 2, 2015
Tweet Email 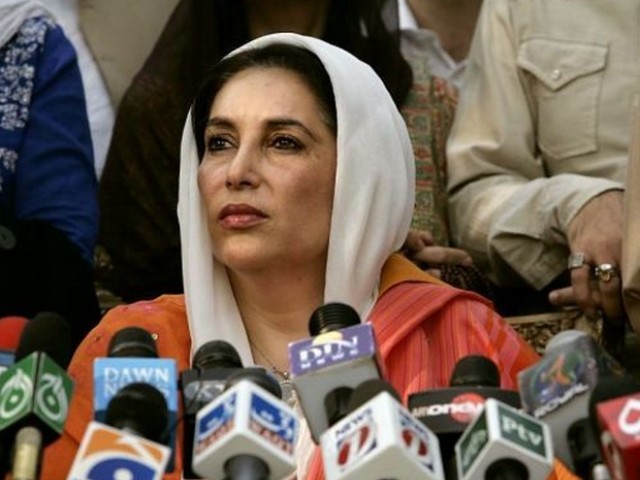 A key witness of the Inter Services Intelligence (ISI) on Monday refused to testify before an anti-terrorism court in the former premier Benazir Bhutto’s (BB) murder case.

Special Judge Rai Muhammad Ayub Marth of ATC No 1 took up the BB murder case in a newly established room in the commissioner’s office where prosecution witness Ismail, the former ISI telephone operator, faced the court.

Ismail told the court that his life was in danger after he left his job at the ISI. Besides, he said, his native town borders Nusrati village of TTP’s Baitullah Mehsud in Karak tehsil.

Consequently, the anti-terrorism court discarded his earlier statement he recorded before the investigation team which was probing BB assassination case.

Former telephone operator Ismail had confirmed to the investigation team that he had intercepted the communication between the suspects and the TTP terrorists.