More than a matter of seconds

More than a matter of seconds 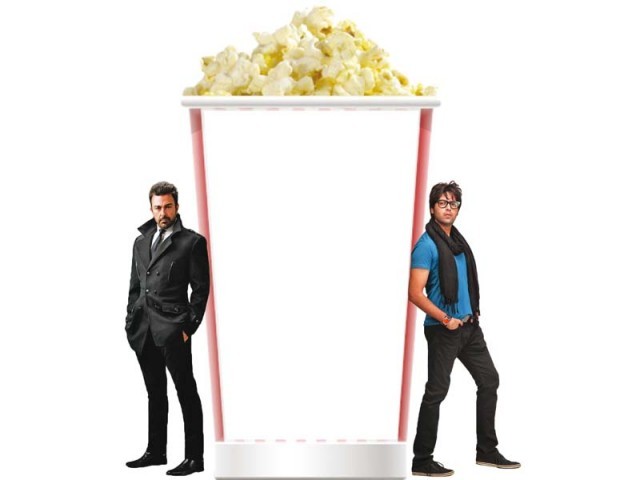 Ever noticed the fast cuts, excessive use of ultra-slow motion and montage sequences coupled with a smarter use of soundtrack and background score in a movie? If not, then you have definitely never seen a film directed by an ad-filmmaker. Although these traits do not necessarily apply to films being helmed by all Television Commercial (TVC) directors but they can certainly be termed as signature moves, of filmmakers who have a background in television commercials tend to employ.

For Asim Raza, an ad filmmaker who will transition into feature film direction with Ho Mann Jahaan, both these crafts (advertisements and feature films) are “completely different sciences” despite the aesthetic similarities. “Indeed making the jump from short form to long form is difficult. Both of them are two very different mediums in my opinion. The process behind the both of them is different; with a lot of time and effort going into feature filmmaking,” Raza tells The Express Tribune. Yasir Jaswal, another feature film director to have honed his skills by directing music videos and television commercials remarks that one of the changes any director experiences is that of the budget.“The budget difference is colossal. Television commercials tend to have a lesser budget. Even if I exceed the given timeframe in a TVC, I know that I will somehow manage it but it will not always be the same case when I am directing a movie.”

Despite the vast difference in mediums, it should come as no surprise that two of Pakistani cinemas most successful films over the past two years, Na Maloom Afraad and Waar, have been directed by TVC filmmakers Nabeel Qureshi and Bilal Lashari. This can also shed some light on the fact that ad-filmmakers maybe relatively well-equipped in making a more marketable product.According to Raza ad-filmmakers are better able to package their product because they have to make “every second shine” and “since the duration of an advertisement tends to be shorter, directors are able to get their message across even in the shortest space of time.” Lashari agrees with Raza, noting that coupled with this fact is the years of experience that benefits them. “After making so many ads they are now well-versed in the craft plus they already have a settled production team in place and know what they want from the film.”

Despite all the pros of TVC directors venturing into feature filmmaking, the feat also comes with its fair share of drawbacks as ad filmmakers may compromise on the quality of their script by emphasising more on their visuals. Jaswal acknowledges how TVC directors may try and employ basic ad filmmaking techniques to their movies, which may also prove to be their undoing in the longer form. “For instance, in ads you will see a lot of montages but you can’t create a two-to-three-hour-long film based on just montages as people will get sick and tired of it,” notes the director of Jalaibee. Although the script remains an integral part of the filmmaking process, Lashari points out how TVC directors have multiple opportunities to get their message across, due to the ad being constantly broadcasted on television.

“But with movies, you only have one opportunity to reach out to audiences and ensure that, if there are any underlying messages in the film, they reach the audience and are not lost in between. That is why directors tend to keep things a little simpler,” explained Lashari.With a list of movies by TVC directors expected to release later this year including Wajahat Rauf’s Karachi Se Lahore, Asadul-Haq’s Dekh Magar Pyar Se and Jami’s Moor; only time (and box office) will reveal the the real impact ad filmmakers have on the new-wave of Pakistani cinema.