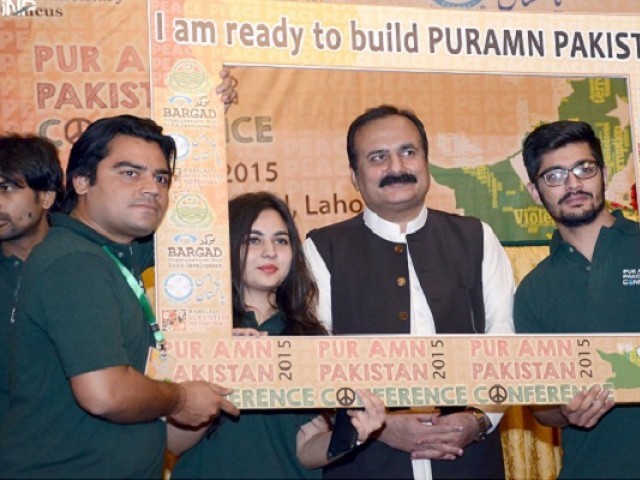 The provincial government will soon start a programme to sponsor higher education in prominent foreign universities for students who secure top positions in their high school exams, Minister for Education and Youth Affairs Rana Mashhood Ahmed said on Friday.

He was speaking at the closing ceremony of the Peace Conference organised jointly by the provincial government, Umeed-i-Jawan and Bargad Youth Development Organisation.

Mashood said the government was considering setting up a Peace Volunteers Network. He said the country was divided along the lines of sect, class and caste and hoped that the youth would avoid these divisions and forge unity in their ranks. “The national flag is a symbol of our pluralism and unity,” he said.

Earlier, the minister was presented with recommendations made at various panel discussions held during the conference.

The recommendations sought government action for elimination of terrorism without any distinction between various terrorist groups operating in the country. The government was also urged to reform the education curriculum to teach children about country’s religious and ethnic diversity and to curb hate speech.

The recommendations sought revisions to the recently proposed draft of a cyber crime bill. It said the draft was vague and, therefore, left room for misinterpretation. Criminalisation of activities like sharing of information on the social media in the proposed draft was condemned. It said revisions should be undertaken in the draft on the basis on research.

The participants asked the government to declare December 16 as a national day to remember the children who were killed in the terrorist attack at the Army Public School, Peshawar.

The Peace Conference was arranged to provide a platform to the youth to discuss the National Action Plan to fight terrorism. More than 300 students, academics and parliamentarians from across the country attended the conference. Parents and families of children killed in the APS attack were also present. They were presented with memorial shields on the concluding day.