Ambree­n struck the openin­g goal and contin­ued to add more to her
By Our Correspondent
Published: May 30, 2015
Tweet Email 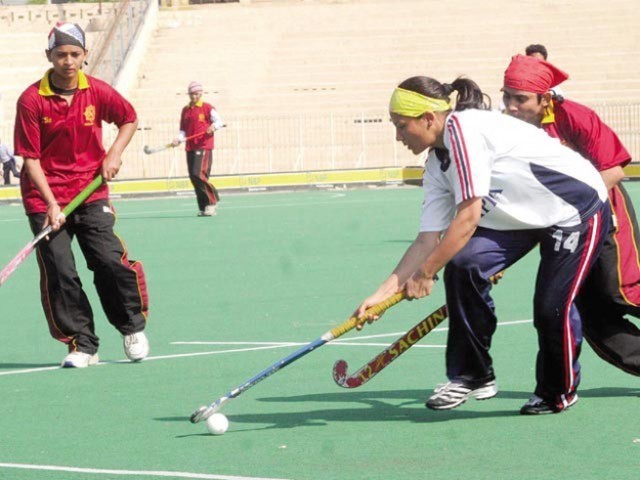 Ambreen’s double hat-trick steered Wapda to a stunning 16-0 win against Islamabad in the ongoing 3rd All Pakistan Fatima Jinnah Gold Cup Hockey Tournament at the District Sports Ground in Multan on Friday.

Ambreen struck the opening goal and continued to add more to her tally in the sixth, seventh, 12th, 14th and 24th minutes.

Azra also completed her hat-trick in the 10th, 17th and 40th minutes, while Ayesha’s two goals came in the ninth and 16th minutes along with Maira scoring in the third, Nazia in the fourth, Sidra in the 29th, Amina in the 37th and Nafeesa in the 49th to end a one sided match 16-0.

Meanwhile, a promising encounter between Pakistan Army and Punjab University Club was abandoned due to rain and both teams were awarded a point each.