ROs to face consequences if rigging does not end: Khursheed Shah

ROs to face consequences if rigging does not end: Khursheed Shah

Leader of the opposi­tion in the Nation­al Assemb­ly says fake votes are being casted in the name of postal ballot­s
By Web Desk
Published: May 29, 2015
Tweet Email 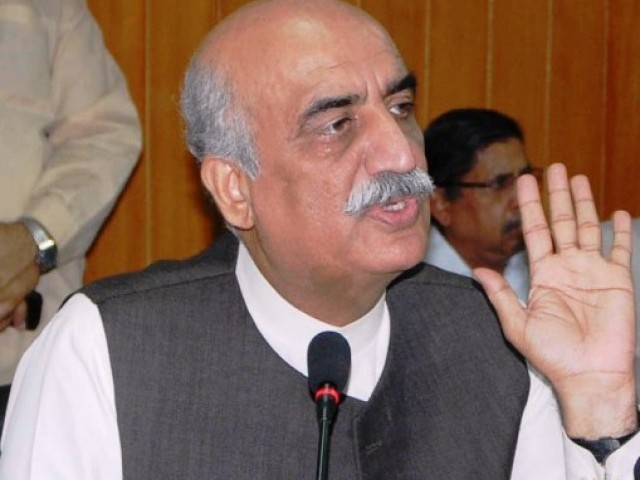 "Holding free and fair elections in G-B is our aim, Shah says ahead of polls scheduled to be held on June 8. PHOTO: PID

Leader of the Opposition in the National Assembly Khursheed Shah said on Friday the returning officers will face consequences if rigging is not put to an end, Express News reported.

“Holding free and fair elections in Gilgit-Baltistan (G-B)  is our aim,” Shah said ahead of the polls scheduled to be held on June 8.

The leader of the opposition in the National Assembly said fake votes are being casted in the name of postal ballots.

At least 6,000 army personnel will be deployed at polling stations across G-B to supervise legislative assembly elections in the region.

Addressing a news conference on May 28, Gilgit DC Rana Rizwan said the deployment will begin from June 1 and continue till June 15.

“The army’s help has been sought for the elections in view of the security situation,” he said.

“Mian sahib [Premier Nawaz] G-B is inhabited by humans, they aren’t a saleable commodity like those in Ittefaq Foundry,” he told his party workers during an election rally in Skardu’s Municipal Stadium.