Believe it or not: Dog received MBA from Axact-run diploma mill

Believe it or not: Dog received MBA from Axact-run diploma mill 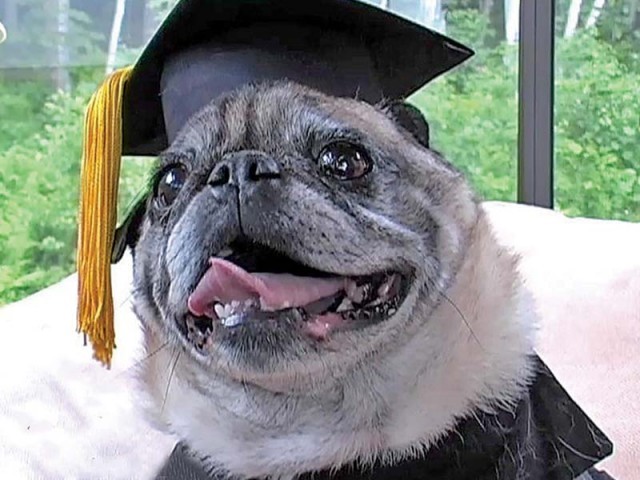 Chester received the degree based on his ‘life and work experience’. PHOTO COURTESY: GETEDUCATED.COM

Believe it or not! A dog in the United States was issued an online MBA by one of the degree mills allegedly run by the Pakistani software company Axact, a sting operation conducted by GetEducated.com revealed in 2009.

Chester Ludlow, a pug dog from Vermont, was awarded the MBA by Rochville University, a purported online college that offers degrees based on life and work experience. And the damning The New York Times exposé by Declan Walsh revealed that the online college was among the numerous diploma mills run by Axact.

GetEducated.com organised the sting operation against Rochville University in May 2009, submitting a resume for Chester – the website’s mascot – along with $499. According to the report on the operation posted on the website, an express packet in Chester’s name arrived from a post office box in Dubai a week later on June 5, 2009. The package contained Chester’s distance MBA diploma, two sets of college transcripts, a certificate of distinction in finance, and a certificate of membership in the student council. According to the paperwork, the pug ‘earned’ a GPA of 3.19.

Read: Axact-gate probe: Foreign experts might be called in for help, says Nisar