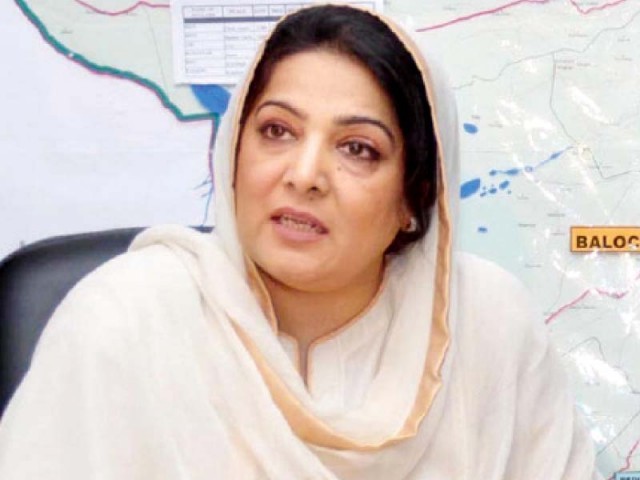 Minister of State for IT Anusha Rehman . PHOTO: FILE

With the damning Axact scandal making the headlines in national and international media, the Senate asked a house committee on Monday to investigate the scam and submit a report within a month.

The multibillion-dollar scam echoed in the upper house of parliament as FIA investigators raided the offices of the software company in Karachi, Islamabad and Rawalpindi, confiscating records and detaining employees for questioning.

Senate Chairman Raza Rabbani referred the case of Axact’s alleged involvement in issuing fake online degrees to a relevant standing committee after Aitzaz Ahsan, the opposition leader in the Senate, highlighted the issue during Tuesday’s session.

“It seems the story that has been published [in The New York Times] is true,” he said, adding that Axact CEO Shoaib Shaikh and his television channel had the right to clarify their position.

Terming the issue a matter of ‘grave concern’, Senator Aitzaz said the Senate should take notice of Pakistanis being dubbed experts in forgery.

On the suggestion of Senator Aitzaz, Chairman Rabbani forwarded the case to a house committee. “This is an important issue and investigation needs to be conducted,” he said.

Responding to a call attention notice of PPP Senator Saeed Ghani, Parliamentary Affairs Minister Sheikh Aftab Ahmed said the proposal to shift the Civil Aviation Authority [CAA] headquarters from Karachi and its training institute from Hyderabad to any other province or Islamabad was under consideration.

He said the CAA came under the prime minister and the shifting proposal was because of administrative concerns. “We will inform the house when a final decision is taken,” he said.

Senator Ghani also questioned why the government had appointed Shujaat Azeem as PM’s Adviser on Aviation despite the fact that he was a dual nationality holder.

Dissatisfied with the official reply, Chairman Rabbani referred the matter to a standing committee for detailed deliberations.