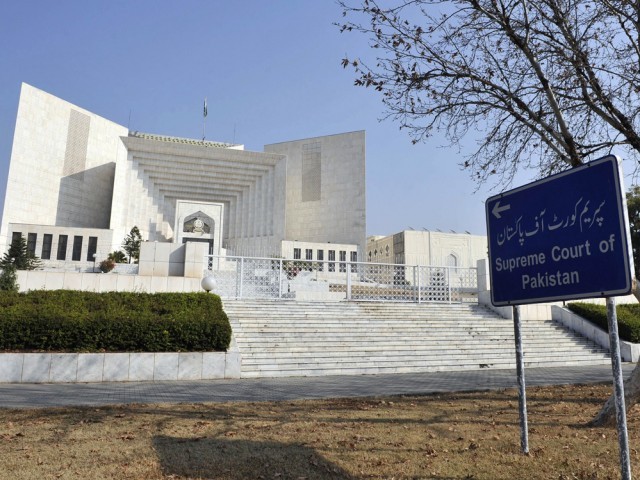 Officials were convicted of murder by military court. PHOTO: AFP

ISLAMABAD: The Supreme Court has rejected the appeals of two army officials who sought review of their death sentences awarded by a military court that had convicted them of murder.

The two-judge bench of Justice Amir Hani Muslim and Justice Ijaz Ahmed Chaudhry heard the convicts’ appeals against the Lahore High Court verdict (LHC), wherein their petitions against their death sentences were dismissed and the orders of the field general court martial (FGCM) affirmed.

Muhammad Mushtaq, a gunner for the Pakistan Army, was posted at the Siachen Glacier in the Chullung sub-sector.

Likewise, Mukarram Hussain, a lance naik for the army, was posted in the Chamb sector of Azad Kashmir.

He was charged with murdering havaldar Noor Muhammad and lance havaldar Bashir Ahmed on May 29, 2001. He was convicted and sentenced to death by the FGCM.

Both the convicts had filed writ petitions in the LHC against the military court’s verdicts, but their pleas were dismissed.

Authoring the apex court’s judgement on Saturday, Justice Chaudhry said the high court had no jurisdiction with regard to the decision of the FGCM.

“It is also a settled law that the superior courts can interfere in the orders of the authorities relating to the armed forces if the same are found to be either result of mala fide (in bad faith) or the same are coram non judice (not before a judge),” read the verdict.

“We have not been able to find out anything mala fide on the part of the prosecution or authority. Neither is the order passed by the field general court martial a case of no evidence nor is the evidence led by the prosecution insufficient.

There is sufficient material available to prove the guilt of the appellants. In absence of anything mala fide on the part of the prosecution, the conviction and sentences awarded to the appellants by the field general court martial cannot be stamped to be coram non judice.”

The court rejected the arguments of the counsels for the petitioners that the applicants were not given an opportunity to consult legal practitioners of their own choice.

The bench also observed that it was on record that the appellant was represented by a defending officer and in the writ petition before the high court it had been specifically mentioned that the appellant could not afford engaging a counsel due to his sheer poverty.

“In such a situation the apprehension of the learned counsel is misconceived,” added the top court’s judgment.