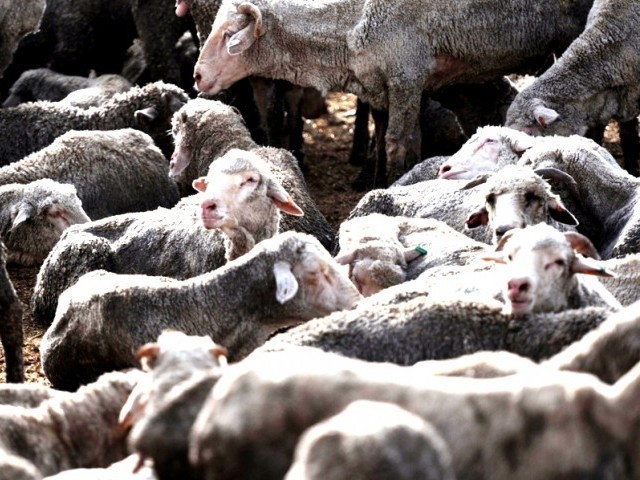 Lamb and sheep meat producers in the US have refocused their sights on Americas Muslim families to expand business.

The American Lamb Board is hoping it can entice the 5.7 million Muslims living in America and their $98 billion spending power, according to a report aired on National Public Radio this week in its food section, The Salt.

Megan Wortman, the executive director of the American Lamb Board, whose report was aired on NPR, told Luke Runyon of Harvest Public Media and KUNC in northern Colorado that the board’s members have planned large media campaigns for “pasture-to-plate lamb” in Muslim hotspots such as Detroit, Chicago and New York.

The report notes that meat producers are cognisant of the “halal” animal slaughtering and processing procedures in order to make their product acceptable for Muslim families.

Americans in general are not particularly fond of lamb, consuming about a half-pound of lamb a year. On the other hand, they eat 50 pounds of beef and almost 90 pounds of chicken annually.

While the American Lamb Board said it was keen on getting more Americans to consume lamb, there were many lamb-loving communities including Muslims, Jews, Lebanese, Mexicans, Central Americans, Greeks, Italian, Eastern European and African communities.

In 2007, Muslims made up only 0.4 per cent of the US adult population, Pew Research Center said as it conducted a large survey of religion in America. This figure grew to 0.9 per cent in 2014, with about 2.2 million adults out of a US population of 245 million adults.

The article first appeared on The Washington Times