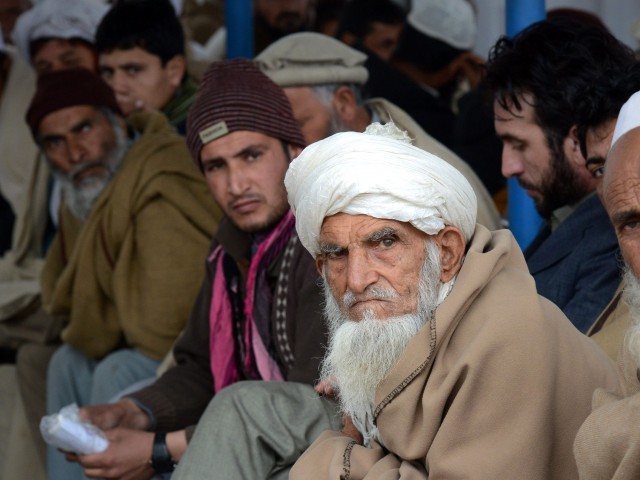 Twenty-nine Afghan nationals detained during Operation Zarb-e-Azb were handed over to the Afghan Border Police as a goodwill gesture at Ghulam Khan, North Wazirastan Agency today, an ISPR statement said.

Earlier today, the foreign office informed that Pakistan had asked Kabul not to allow India’s top intelligence agency to operate from Afghan territory against Pakistani interests.

“Pakistan told Kabul that RAW must not be allowed to use the Afghan soil against us,” Qazi Khalil was responding a question at a weekly Press Briefing at Foreign Office today.

Afghans in Pakistan have come under increasing scrutiny following the Peshawar school attack. More than 65,000 Afghans have left Pakistan for their homeland since the start of the year.

The figure, which eclipses the 25,000 Afghans who returned from Pakistan over the whole of last year, was a result of the breakdown in relationships between the migrants and their host communities following the carnage.

“We were happy there (Pakistan), we had our own houses and we owned our own businesses,” Mohammad told AFP outside his tent in a fetid relief settlement near the eastern city of Jalalabad.

There are an estimated three million Afghan refugees living in Pakistan either officially or unofficially, most of whom left their country to escape conflict in the 1980s and 1990s.

They are viewed with deep suspicion inside Pakistan and routinely accused by authorities of harbouring militants.

The Peshawar attack — which killed 153 people, mostly children — mounted further pressure despite a lack of evidence linking the refugees to the Taliban-claimed attack.