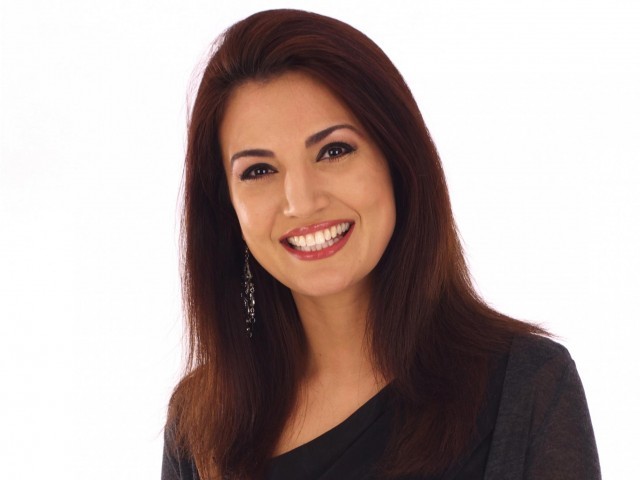 KARACHI: Reham Khan is all set to step into the glamourous world of entertainment, and will be co-producing a romantic comedy Janan which is expected to release next year.

Janan has been written by Osman Khalid Butt and has been co-produced by model-turned-actress Hareem Farooq. It will be directed by Azhar Jafferi who had also directed Hareem’s debut film Siyah in 2013.

In an interview with The Express Tribune, Hareem talked about how Reham ended up as one of the producers of Janan. “Reham has always been fond of promoting art, and she wanted to play a role in promoting the local entertainment industry. We shared the script of the movie with her and she liked it so we decided to collaborate on the project.”

Earlier last week, an excited Reham had taken to Twitter announcing she will be producing two Pakistani flicks this year.

There are two films under production this year. Both are commercial.The first one is a RomCom. The story is about a Pukhtoon family.

Talking about the plot of the movie, Hareem said, “Janan is a story of a Pakhtun girl who returns from Britain after her education. The story comically defies the stereotypes about Pakhtun families.”

Hareem denied rumours that the film was in Pashto, and clarified that the movie would be in Urdu, even if it does revolve around a Pakhtun family.

She explained, “I have always wanted to promote a softer image of the country, and I chose the story of a Pakhtun family because they are usually the most misunderstood and ridiculed ethnicity.”

A still from Siyah

Earlier, rumors of Reham directing the film had also surfaced but Hareem informed The Express Tribune that Janan would be directed by Azfar Jafferi, who had also directed Hareem’s acting debut, Siyah, in 2013.

Hareem confirmed that Armeena Khan would be playing the female lead, but added that the rest of the cast has not been finalised.

Janan will be Hareem Farooq’s debut production venture. Since the release of her film she has appeared in several television dramas. She was also a part of Anwar Maqsood’s Pawnay 14 August and is currently starring opposite Fahad Mustafa in the TV drama Dusri Biwi.