The defect­or did not belong to ISI but anothe­r intell­igence branch and is now residi­ng in the US, say source­s
By AFP
Published: May 12, 2015
Tweet Email 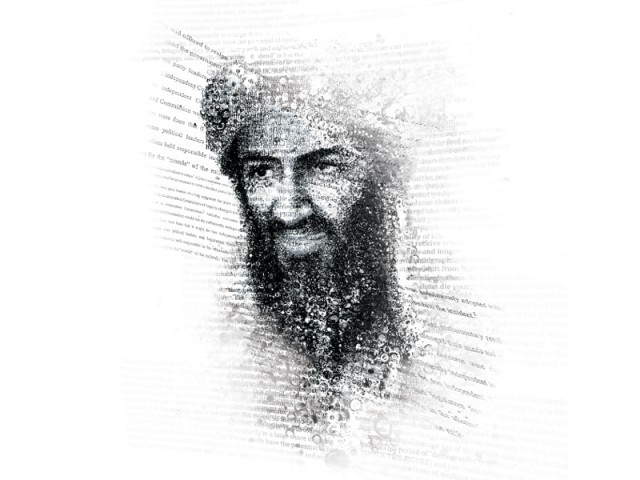 the Pakistani military source told AFP the defector had no knowledge his target was bin Laden but was instead given a task that would help verify the terror chief's identity. DESIGN: AMNA IQBAL

ISLAMABAD: Two former senior Pakistani military officials told AFP on Tuesday that a defector from an intelligence assisted the US in its hunt for Osama bin Laden, but denied the two countries had officially worked together.

The officials’ accounts comes after the publication of a controversial new report by US journalist Seymour Hersh in which he claims to have uncovered a secret deal between Washington and Islamabad per which the Abbottabad raid was orchestrated to kill the al Qaeda chief in 2011.

The White House has flatly rejected Hersh’s claims that Pakistan was told in advance about the May 2, 2011, Special Forces raid in the garrison town of Abbottabad.

The operation had sparked allegations Pakistani authorities had colluded with al Qaeda, a claim still denied by Islamabad.

A source — who was a serving senior military official at the time of the raid — told AFP on Tuesday that the defector was a “resourceful and energetic” mid-ranking intelligence officer whose efforts were critical to the operation’s success.

Hersh’s report quoted a senior US security source as saying that a “walk-in” asset approached the then-Islamabad station chief for the US Central Intelligence Agency (CIA) in 2010, promising to lead them to bin Laden, who according to the journalist had been “imprisoned” by Pakistani authorities at the Abbottabad compound since 2006.

However, a Pakistani military source told AFP the defector had no knowledge his target was bin Laden but was instead given a task that would help verify the terror chief’s identity.

The source declined to elaborate on what that task was, but a Pakistani investigation had found that the CIA ran a fake vaccination programme with the help of physician Dr Shakeel Afridi who managed to obtain DNA samples.

On the defector’s role, the source said: “This guy was inducted at a much later stage only to carry out the ground confirmation.”

He added that the defector did not belong to the Inter Services Intelligence (ISI), the country’s main spy agency, but another branch, and was now residing in the United States.

Another former official, ex-ISI chief Hamid Gul, told AFP he was also aware of the defector.

“That is in my knowledge, that someone defected,” he said. “There was too big a reward, he became a mole and agent to put in practice their plan.”

The US had placed a $25-million-dollar bounty on information leading to the capture or killing of bin Laden — a sum Washington has said it never paid because no human informants were used.

According to Hersh’s report, the US learned that Pakistani authorities had bin Laden in their custody and were hoping to use him as a shield against al Qaeda and Taliban attacks.

Later, Hersh reported, the US convinced Pakistan to stage a fake raid to kill bin Laden, providing a boost for US President Barack Obama — then in his first term — while also allowing the Pakistanis to deny having anything to do with the killing.

Both former Pakistani officials, however, and several other serving officials, have dismissed the allegation that such a deal had been brokered.

The then-serving senior military official said that in the aftermath of the raid, “the mood here and the reaction here was of great frustration even at the top level.

“If the top guys had been part of the plan — they were the worst hit. They were almost forced to resign.

“With the kind of bad name and reputation that came with such a great risk, it wasn’t worth it.”

A leaked Pakistani government report in 2013 said bin Laden arrived in Pakistan in the spring or summer of 2002 — after the 2001 US-led invasion of Afghanistan — and settled in Abbottabad in August 2005.

The report, which coined the term “governance implosion syndrome” to explain the extent of official failures to detect him, said he was once stopped for speeding and enjoyed wearing a cowboy hat.

Hersh’s report has been met with some scepticism, but an editorial in Pakistan’s English-language daily Dawn argued it should force the government to officially release the findings of the 2013 investigation, and bring the country’s powerful military-run intelligence agencies under civilian supervision.