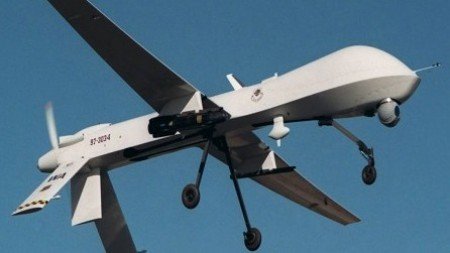 Seven people were killed after US drones fired three missiles in North Waziristan Agency on Saturday.

The death toll has been confirmed by security officials according to AFP. Four other people have also been injured in the attack.

The drone strike took place in the Mir Ali tehsil of the agency. North Waziristan has been the focus of dozens of such US attacks which have killed hundreds of people, including civilians, since August 2008.

The Pakistani government has criticized the drone strikes saying that they infringe upon the country's sovereignty and fuel support for militants. 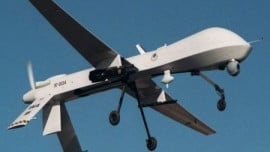 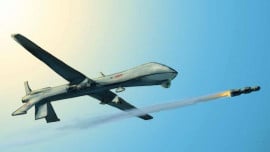 US drone attack in Khyber Agency

Bajaur's Son | 10 years ago | Reply I as a pukhtoon fully support the drone attacks on Pakistan soil. These terrorists are playing havoc with the lives of tha local population. Massacre of the local population by Taliban is fully supported by the Pakistani Military and it's intelligence agencies. So how do you get rid of these terrorists ? Drone is an effective tool for eliminating the terrorists from FATA. I would however urge the NATO forces to extend the range of these attacks, so as to hit the nerve center of Taliban's network. The nerve center of Taliban netwrok is located in GHQ Rawalpindi. I think people like General Hamid Gul and Mirza Aslam Baig alos warrant an attack on their houses. But first, GHQ
Rob Hues | 10 years ago | Reply What, no crocodile tears for the thousands of innocent men, women, and children killed by suicide bombers all over Pakistan in the last few years?? The drone attacks have targeted those who sent, supply and support those very bombers, including lots of foreign militants, yet many seem only to care for their well being. One can only wonder whose side they are on; militants bent on turning Pakistan into a backwards Islamic theocracy, or those who want a modern, educated, and enlightened Pakistan.
VIEW MORE COMMENTS
Syed A. Mateen | 10 years ago | Reply After US invasion on Afghanistan and Iraq which raised anti-American sentiments among the Muslims, US drone attacks is increasing anti-American sentiments in Pakistan. US cannot change the hearts and minds of people of Pakistan, unless she stop drone attacks forthwith and share intelligence with Pakistani law enforcement agencies to apprehend Osama Bin Ladin (if he is still alive) and his accomplices.
AWAIS ALI SHAH | 10 years ago | Reply americans are not humanbeing.they are killing poor and innocent people.i think media should give more time to these issues than chasing shohaib and sania. i think pakistan is in nose dive position and every one is dancind and talking aout the new couple................
Naeem Afzal | 10 years ago | Reply Well a very tragic incident once again, it looks like the blood of the humans living in pakistan is cheaper than the dogs living in america. And even our civil society is absolutely silent on these brutal attacks in which mostly women n children are affected, it realy is a shame 4 us, that's all i can say.
Replying to X
Saved ! Your comment will be displayed after the approval.
Error !
Error! Invalid Email.