Let’s all be a part of the ‘I Am Karach­i’ campai­gn and put some soul back into this city
By Anushka Jatoi
Published: May 5, 2015
Tweet Email 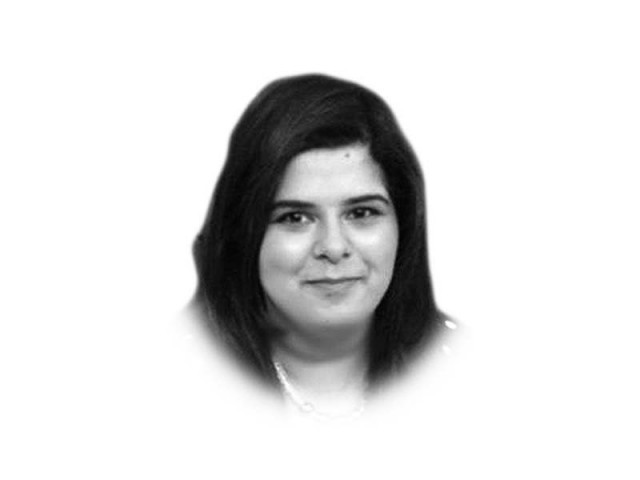 The writer holds MSc in Violence, Conflict and Development from SOAS and currently works with at-risk youth to promote peace in Karachi’s most violent neighbourhoods

Karachi is a city whose name is synonymous with resilience. It has witnessed many glorious times and, in recent history, many unpleasant memories have been revisited. They say Karachi is the jugular vein of Pakistan. A large commercial centre, contributing a significant proportion of the national revenue; a melting pot of diverse ethnicities and more than its fair share of challenges that any large metropolis would struggle to overcome.

While I am proud to be a Karachiite, I must confess that the city sometimes frustrates me. It seems to have strayed away from its rich history — of a city where diversity of peoples, cultures and traditions coexisted peacefully. Karachi has become a polarised and fragmented society with little or no tolerance for the diversity that once characterised it.

It has been marked with sectarian conflict, increasing ethnic divide and a growing lack of tolerance. With each passing year, Karachi exceeds its own record of human lives lost to violence. Be it industrialists, businessmen, journalists, students, labourers or homemakers — the violent accounts are endless. Increasingly, our lives are consumed with fear. This fear further encourages the socio-economic, ethnic and sectarian divides and reinforces the familiar stereotypes we continue to believe in. There are fewer opportunities for cultural rejuvenation, creativity and expression, and the citizens of this city seem to be unable to come together and interact with each other across the intangible boundaries that have been created.

The news overwhelms us with tragedies, targeted killings and crimes — mostly characterised by a lack of tolerance. Minorities and their places of congregation have been targeted. Expatriates, the few who are braving this posting, do not feel safe. Even schools are not spared the threats of extremist groups using violence to challenge and destabilise the state. In this environment of underlying fear, mistrust and uncertainty, all groups remain confined to their own respective circles.

For the first time a civil society-led campaign has been launched under the name of ‘I Am Karachi’. It aims to embrace the city’s lost identity in three ways; reclaiming public spaces, bringing civil society together and enhancing public awareness and advocacy. The recent ‘I Am Karachi’ day held at Frere Hall was an event that attempted to break barriers and bring people across the city together for the cause of a peaceful and vibrant city. It marked the declaration of an annual day, the second Sunday of every March, to be celebrated as a day for Karachi.

Having had the opportunity to take part in some of the activities organised by this campaign, I have realised that the only way to reclaim our lost identity is to form a collective one, based on the one factor that is common to us all — the love for our city. I have spent afternoons with people from across the city at the travelling exhibition, Numaish, and have been witness to interesting debates as part of the ‘I Am Karachi’ Dialogue Series only to notice we have become numb to what goes on around us. And this campaign seeks to address exactly that. It creates an opportunity for us, the citizens of Karachi, to reclaim this city.

We must continue to salvage our city’s lost identity. As author Umair Naeem puts it, the city is “so very beautiful … multidimensional … There is a soul here … and that soul is as pure as the heat of the sun that shines down on it and the rain that falls to purify it”.

So let’s all be a part of the ‘I Am Karachi’ campaign and put some soul back into this city.