PTI chief says his party will pressu­rise POs and ROs to disclo­se who made them rig electi­ons
By Web Desk
Published: May 4, 2015
Tweet Email 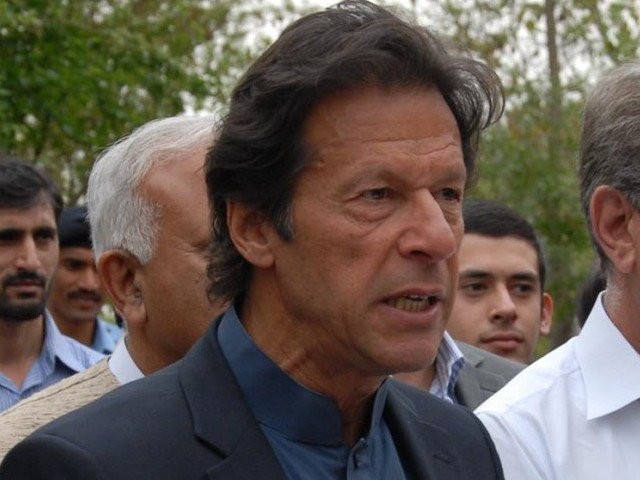 “We will pressurise them (POs, ROs) to disclose who asked them to rig the elections,” said Imran while addressing the press in Islamabad on Monday.

The PTI chief added re-elections should be held after the election officers are held accountable as the government could rig the elections again.

Rejecting Pakistan Muslim League-Nawaz (PML-N) leader Khawaja Saad Rafique’s claim that he was not involved in rigging and it was all the incompetency of election officers, Imran said the election tribunal could only declare if the election was held in a free and fair manner.

“The judicial commission will decide who planned and carried out rigging in 2013 election,” he said.

Regarding the forensic results of NA-122, Imran demanded the ECP to provide the results at the earliest, adding that the verdict of Jahangir Tareen’s constituency will also be out by the end of this month.

The former cricketer argued that local government elections could not be linked to the general election as even Pakistan Muslim League-Quaid had district nazims in Punjab but the PML-N swept elections in Punjab.

Earlier in the day, an election tribunal ruled in favour of PTI, announcing re-polling in the coveted NA-125, Lahore Cantt constituency.

The decision came after the tribunal found irregularities in the polls that were held in the constituency in the May 2013 general elections.