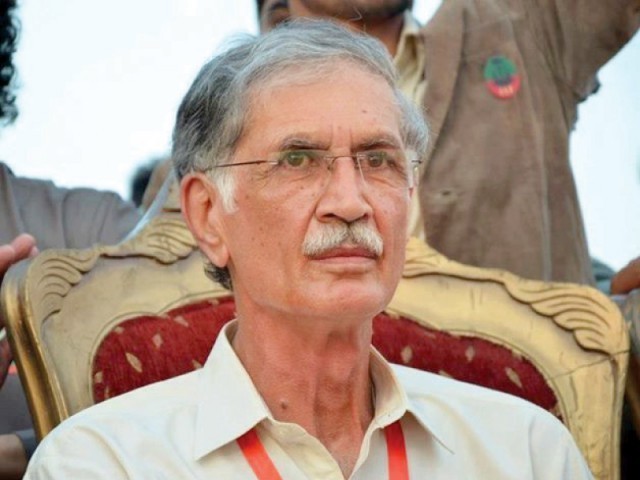 Addressing a press conference at the Chief Minister House on Wednesday, Khattak raised concerns vis-à-vis the CPEC, which had has been a subject of speculation in media and political circles for the past many months.

The chief minister was candid about K-P’s concerns over the proposed projects, saying the route would only come to light once the province gets its due right.

He further said out of the total agreements worth $27.7 billion, K-P’s share was $2.7 billion, whereas Punjab gets the lion share of $11 billion.

Sindh’s share, said Khattak, was $9 billion, while there was no mention of Balochistan.

Khattak also cast doubts over the Chinese investment spree, saying it did not appear transparent. He said under the present conditions, the two governments should sit down and agree on the projects, without any consideration for competition and open bidding.

The K-P chief minister demanded that the original project passing through DI Khan should be retained, adding that about seven to eight new cities were planned to be built around the route, but according to the new plan, not even a single one seems likely.

He also seemed skeptical about investment in coal, wind and solar projects, saying K-P had feasibilities of about 5,000MW of cheap hydroelectric projects.

“We are searching for investors to invest in these projects and they (the federal government) are going after pricey projects,” he said.

Khattak said K-P, Bolchistan and Sindh had discussed this issue already and were on the same page.

“K-P would contest this injustice on every forum,” he said, adding that the federal government and departments concerned have so far not arranged a briefing on the subject despite repeated reminders by his government.