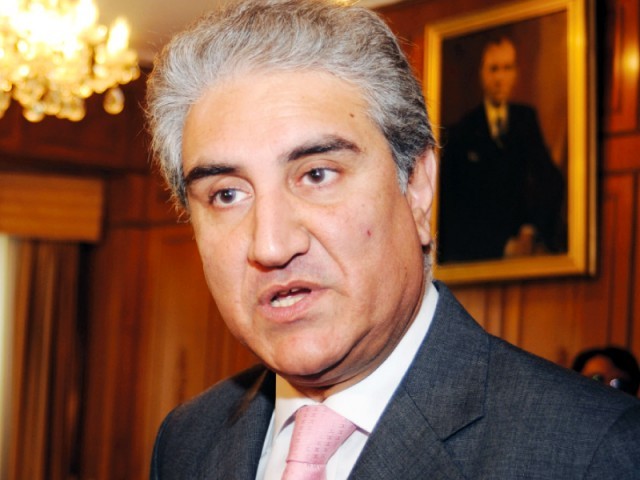 ISLAMABAD: Politicians complained on Wednesday that a plan for projects worth $46 billion to be built with Chinese funding has been unfairly changed to the disadvantage of provinces.

He said the provinces were not taken on board to build the economic corridor. Albeit welcoming all the Memorandums of Understanding (MoUs) signed with the Chinese government, Qureshi said only one chief minister was present when the deals were agreed upon.

“Only CM Punjab Shahbaz Sharif was present when the MoUs were signed,” Quresh said.

He added that that all political parties should have been taken on board when the deals were finalised. Further, he said the plan to build the corridor was not one party’s achievement but the project roots back to General Pervez Musharraf’s rule.

“The plan to build the economic corridor spans multiple governments,” Qureshi said. “Talks about the project were taking place when I was serving as foreign minister in the Pakistan Peoples Party government and even during Musharraf’s regime.”

Qureshi said that even though he cannot speak on behalf of the Balochistan government, he is aware that the Balochistan CM Dr Abdul Malik Baloch was also not consulted over the project.

“We will not accept this decision and will resist this move very strongly,” provincial Minister for Planning and Development Hamid Khan Achakzai told Reuters. “It will be a big injustice.”

Jaffar Khan Mandokhel, a former provincial minister, said there would be a “strong reaction” to the change which would only benefit Pakistan’s richest province.

“The change is meant to give maximum benefit to Punjab, which is already considered the privileged province,” he said.

The complaints highlight the political risks for a plan China sees as a key part of its aim to forge “Silk Road” land and sea ties to markets in the Middle East and Europe.

The army said it was tackling the security risks by setting up a special division for the corridor, including nine army battalions and paramilitary forces. The move was welcomed by the PTI on Wednesday.

On Tuesday, six separatist militants and two soldiers were killed in clashes in Balochistan, officials said.

Militants have also attacked Chinese workers in Pakistan. And China worries about separatists from Xinjiang, whom it blames for a series of attacks across China over the past year.