Power bills unlikely to go down as tariff cuts approved

Power bills unlikely to go down as tariff cuts approved 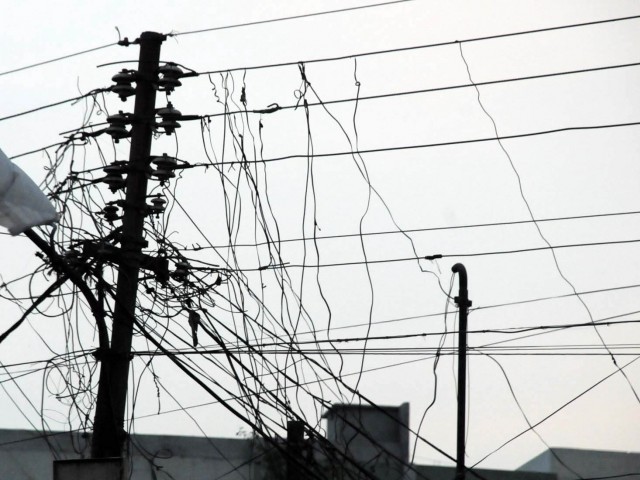 ISLAMABAD: The National Electric Power Regulatory Authority (Nepra) approved a sharp cut in power tariffs on account of fuel costs, but that decline is unlikely to show up in consumer electricity bills over the next month, as the government may face pressure from the International Monetary Fund (IMF) on slicing its subsidies instead.

At a public hearing on Thursday chaired by Nepra Chairman Tariq Sadozai, the regulatory body approved a dramatic reduction in the fuel cost component of the electricity tariffs, which translates into a Rs4.42 per unit cut from the reference price of Rs8.99 per unit. This does not, however, mean that tariffs will go down by this much for electricity consumers, for a variety of reasons, including the complex nature of the components of electricity tariffs, and the government’s desire to reduce its subsidy bill.

The Rs4.42 reduction from the reference price for fuel for the month of February 2015 will be reflected in bills for this month, which will be received by most consumers in May. Last month, the government had announced a Rs2.08 per unit cut in electricity prices, compared to the reference price for fuel costs for January 2015, and a Rs3.20 per unit cut for fuel costs for the month of December 2014.

Were the tariff reduction to go ahead as planned, electricity consumers would save a collective Rs25 billion through reduced bills next month. This change, however, would only apply to consumers of state-owned power companies, and not Karachi, which has the nation’s only privately owned utility. It would also not apply to life-line consumers who use less than 50 units a month, and already have deeply discounted electricity rates.

However, the government is also under pressure to reduce its total subsidy bill by the IMF, and is thus likely to impose a Rs0.36 per unit surcharge on electricity tariffs to take advantage of the reduction in fuel costs. Prices are expected to actually go up by 3% next month, despite the lower fuel costs. This move is expected to save the government Rs20 billion in fuel subsidy costs, and bring its overall subsidy bill for the year to Rs200 billion, a two-thirds reduction compared to the previous year.

In its petition on behalf of all state-owned distribution companies, the Central Power Purchasing Authority (CPPA) explained that the average fuel cost during February 2015 stood at Rs4.62 per unit against the reference fuel cost of Rs8.99 per unit.

The CPPA reported to the regulator that 5.67 billion units were sold to the distribution companies during February 2015. The total cost of power generation was Rs26.67 billion. A reduction in the cost of furnace oil and diesel led to the reduction in power generation cost in that month, it said, though increase in power production from hydroelectricity also served to drive down costs. Furnace oil prices were an average of Rs34,362 per ton during the first half of February and Rs39,714 per ton for the second half.