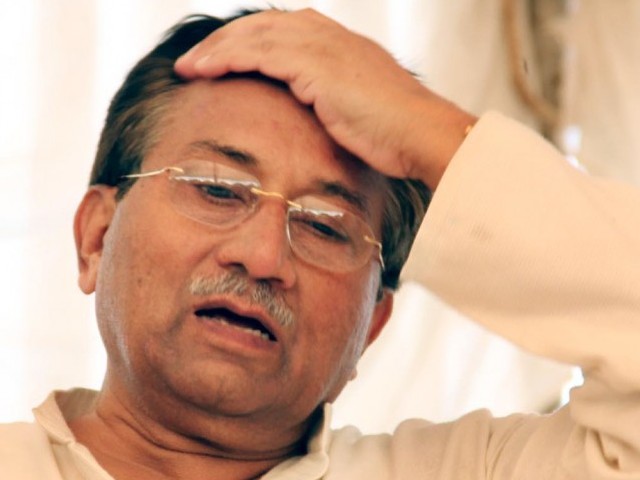 A review petition was filed in the Islamabad High Court against the warrant issued by a district and sessions court on April 3. The court order came after Musharraf failed to appear before the court despite repeated summons.

A case was registered against the former president for the murder of the deceased cleric and his mother during the Lal Masjid operation on September 2, 2013.

Referring to Musharraf’s medical report, his counsel argued today that the former president is unable to attend court hearings owing to ill health.

The medical board – formed to determine if Musharraf is facing health problems and cannot travel to attend the hearing of Bugti case – had revealed that the former president is suffering from back pain as well as constriction of vessels supplying blood to his heart.