Total of 24 candid­ates will contes­t for cabine­t, other posts.
By Our Correspondent
Published: March 28, 2015
Tweet Email 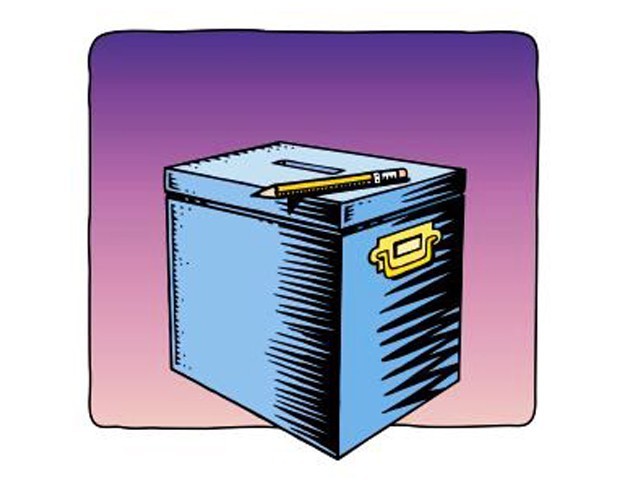 The election will be held under the supervision of Farhad Ali, who is the chairman of the election committee. STOCK IMAGE

PESHAWAR: The election for the cabinet and other posts of the Peshawar Bar Association (PBA) for 2015-16 is scheduled for Saturday (today) when 24 candidates will contest for 11 offices, including those of president and general secretary.

The election will be held under the supervision of Farhad Ali, who is the chairman of the election committee. Only those lawyers whose arrears have been cleared from PBA and Khyber-Pakhtunkhwa Bar Council will be eligible to cast their votes.

The annual fee of PBA is Rs240 whereas that of the K-P Bar Council is Rs3,000; each member is required to pay the fees before annual elections.

Two different panels have fielded their joint candidates for major slots in the cabinet and tough competition is expected from both sides, keeping in view the background of the candidates.

The United Alliance has chosen Muhammad Ismail Khalil while Malgari Wakeelan, a lawyers association affiliated with Awami National Party, has fielded Wakeel Zaman Khattak for the seat of president.

Similarly, two candidates are contesting for the post of vice president: Arbab Fakhr-e-Alam of Malgari Wakeelan and Jehanzaib Khan Khalil of United Alliance. The former has fielded Adil Majeed while the latter has chosen Ashfaq Ahmad Khalil for the seat of general secretary. The same seat will also be contested by an independent candidate, Muhammad Saeed.

The seat of joint secretary will be contested for by four candidates, Fazal-e-Maula, Sawar Khan, Mohsin Kamran Sadiq and Saqib Khurshid.

Out of the two candidates, Hammad Hassan Yousafzai and Muhammad Shahid Khan, one will be elected as the finance secretary.

Moreover, the press secretary will be elected from between Muhammad Ali and Shah Nawaz Khan whereas the library secretary will either be Aman Pirzada or Muhammad Imran Bakht.