Sindh govt to include Jinnah's August 11 speech in curriculum

Sindh govt to include Jinnah's August 11 speech in curriculum

The August 11, 1947 speech is famous for the Quaid explic­itly speaki­ng about equal rights for all religi­ous minori­ties
By Hafeez Tunio
Published: March 24, 2015
Tweet Email 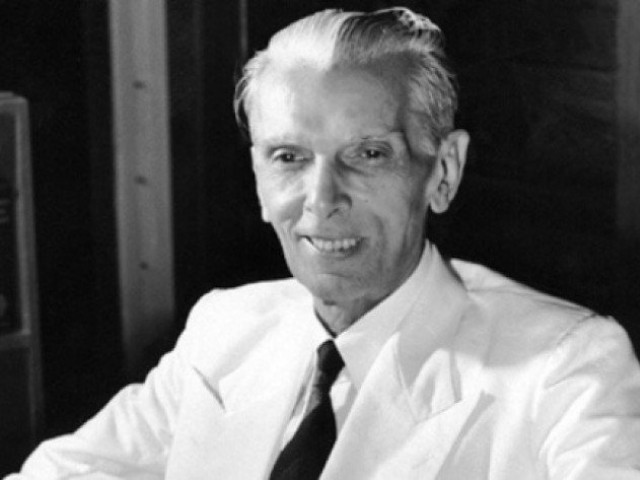 KARACHI: In a bid to teach religious tolerance, the Sindh government announced on Monday that Quaid-e-Azam Muhammad Ali Jinnah’s August 11, 1947, speech will be included in the school cirriculum from classes eight to 10.

“Quaid-e-Azam’s speech is being included in the curriculum on the directives of Pakistan Peoples Party Co-chairman Asif Ali Zardari,” Provincial Minister for Education Nisar Khuhro said.

“We will include this speech from classes eight to 10.”

The founder of the nation’s August 11 speech is famous for the Quaid explicitly talking about giving equal rights and freedom to all religious minorities.

“You are free; you are free to go to your temples, you are free to go to your mosques or to any other place or worship in this State of Pakistan. You may belong to any religion or caste or creed — that has nothing to do with the business of the State … We are starting in the days where there is no discrimination, no distinction between one community and another, no discrimination between one caste or creed and another. We are starting with this fundamental principle: that we are all citizens, and equal citizens, of one State,” the speech reads.

Khuhro said that after the promulgation of the 18 Amendment, it was the provincial government’s prerogative to finalise the curriculum.

He added that some extremist elements want to impose their self-proclaimed Sharia in the country, which is against the true spirit of Islam and the message given to us by founder of the nation.

“Pakistan is not religio state. We want to bring drastic changes in Pakistan Studies and Islamiat along with other subjects,” Khuhro told The Express Tribune.

Khuhro also spoke about the lack of inclusion of Sindhi ethnic leaders in the history curriculum.

“Many eminent personalities in history hail from Sindh but unfortunately, they have been neglected over the past 67 years,” Khuhro said.

“We want to include our own heroes in the syllabus by incorporating Sufism, which has always given the lesson of humanity, tolerance, peace and love,” he added.

Further, Khuhro said the provincial government would not only revise the matric syllabus but also the intermediate syllabus.

“Sindh Textbook Board has not revised the syllabus in last 50 years. We want to revise and update it,” he said.

No-go no more: You are free to go, only where the law enforcers say so