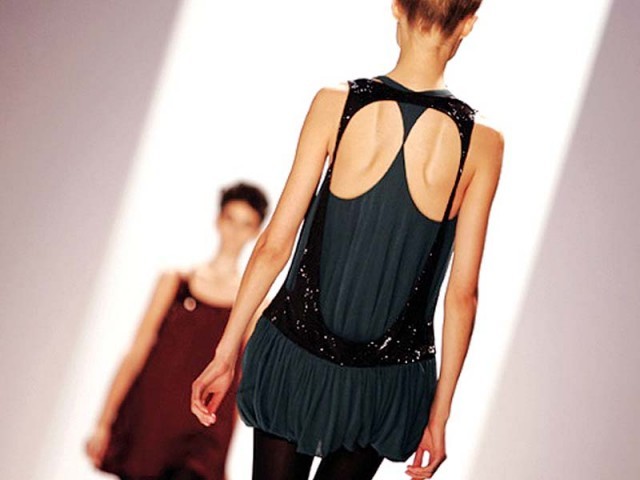 Ads featuring healthy-sized models were more effective at every level, while those of very thin models were a turnoff to many. PHOTO: FILE

WELLINGTON: France’s famous couture houses have nothing to fear from an imminent ban of very thin models from runways and fashion spreads, according to New Zealand marketing research.

The ban being considered by French legislators might even benefit the major fashion brands, research leader Leo Paas of Massey University, said on Thursday.

It was well accepted that skinny models in advertising campaigns could damage the self-esteem of female consumers, but his research showed they could also damage a company’s bottom line, Xinhua news agency reported.

Paas led a unique research project where young female participants were shown advertising images featuring either a very thin model or a healthy-sized model, each wearing either a bikini or a skirt and top.

The results showed the ads featuring the healthy-sized model were more effective at every level, while those of the very thin model were a turnoff to many.

“The healthy-sized model was considered more attractive, the advertisement was viewed more positively and considered ethically acceptable, and the intention to buy the featured product was higher,” Paas said in a statement.

“The strongest negative reaction was generated by the thin model wearing a bikini, presumably because it was easier to see how just thin she was,” he said.

“This was an interesting result because it is generally believed that thinner models represent the Western ideal of beauty and are deemed more attractive.”

In a follow-up study, Paas tried to identify the “optimum” model size for an advertising image as far as consumer preference is concerned.

“We found that consumers preferred what I call the ‘golden mean’, a healthy-sized model who was neither too thin nor too large led to the most effective advertisement,” Paas said.

The fashion industry might believe its products hung better on a very thin model, but that was probably the view of a small and targeted group.

“Marketers that use very thin models either have a perception of their audience that is not correct, or they are listening to a small group of fashion leaders who reside in Milan or Paris,” he said.