In his confes­sion Mirza said his family was in danger despit­e having no affili­ation with the MQM
By Web Desk
Published: March 19, 2015
Tweet Email 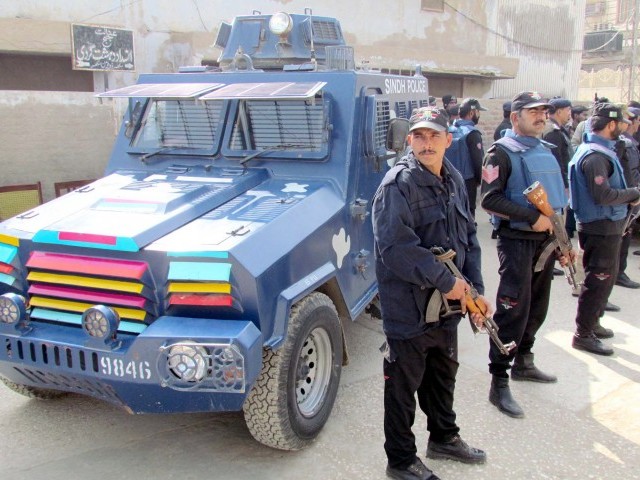 KARACHI: Hours after Saulat Mirza’s confession was released, Sindh Police has deployed five policemen outside his Gulshan-e-Maymar residence, after he expressed concerns over his family’s security, Express News reported.

Mirza appealed to authorities to defer his execution for some time and also said that his family was in danger despite having no affiliation with the MQM. Mirza’s brother, sister-in-law and sisters live in the house which is currently under the watch of five policemen.

In this regard SSP West had earlier said that they will provide every citizens of Karachi protection including Mirza’s family if they demand it.

Separately, Sindh Rangers also appealed to citizens to report all criminals and incidents which disrupt the peace of the city.

Rangers have advised that information pertaining to any bribes, donations and extortion slips should be provided to them to enable them to rid the city of the growing criminal behaviour.

Rangers can be reached by calling on their helpline 1011 after which they have said that investigation would commence immediately. Several raids have been conducted by Rangers to bring a halt to the growing number of criminal activities across the city.

Rangers have urged citizens to provide names and details of criminals and anti-social behavior, confirming that all calls will be kept anonymous.