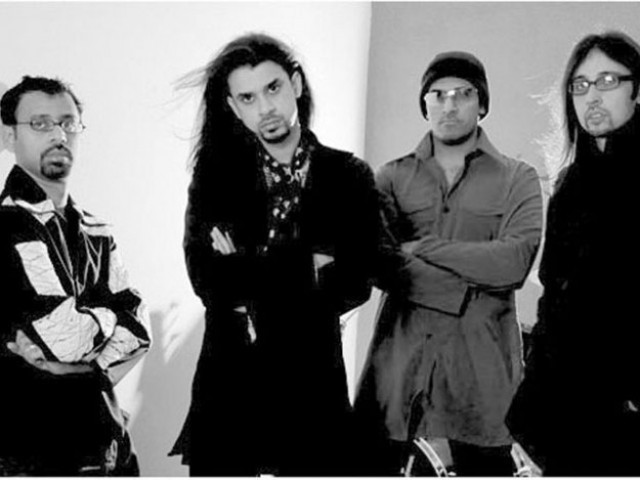 If you are a Pakistani living in or visiting Scranton, Pennsylvania, drop-in at the ‘Disco Dollar’ on Green Ridge Avenue, there’s a pleasant surprise awaiting for you there.

Dwindling music royalties and worsening law and order situation followed by a regime change forced once popular musician Farooq Ahmed to leave his country of birth and abandon his childhood passion for music and relocate to the US in 2010.

Once the nation’s heartthrob and front-man of the popular rock band ‘Aaroh’, Farooq now lives in Scranton with his wife and two daughters, running a dollar store call ‘Disco Dollar‘. Talking about his passion for music and his latest venture, Farooq said he used to dream of becoming Pakistan’s version of rock band Guns and Roses. “People used to laugh at me when I was in school…Now when I say I want to have at least 1,000 stores, people still laugh at me.”

Farooq, who had received vocal training in classical music and eventually formed rock band ‘Aaroh’, came close to fulfilling his dream of emulating the likes of Axl Rose when his band won Pepsi Battle of The Bands in 2002. The win opened doors of the Pakistani musical valley for Farooq.

With hits such as ‘Sawaal’ and ‘Na Kaho’ off their debut album, the group became famous overnight and earned them tours across the length and breadth of the country.

It was at the height of his musical career when he met the love of his life at a fashion show, Konple.

But it all came crashing down in 2008, as worsening law and order situation coupled with political instability made the music industry much less lucrative than ever before, Farooq said. And when he got his Green Card, Farooq decided to shift his family to Chicago.

“When I moved to US, I was very open to everything and willing to do anything,” said Farooq. So much so, when he got a job at the Dunkin Donuts downtown, he gleefully accepted it.

For some Pakistani expatriates living in Chicago it was a shock to see Farooq serving coffee at Dunkin Donuts.

“For people, it’s really hard to swallow the fact that a rock star from back home is serving coffee here,” he said adding that, but “you’ve gotta do what you gotta do.”

When his cousin offered him to buy into a dollar store in New Jersey, Farooq jumped at the chance, realising that waiting tables would lead him no where.

But success did not come straight away and he had to learn the business and transfer couple of times before finally settling in to Scranton.

“I got an opportunity here and realise that the way the economy is going, the ‘Dollar Store’ are here to stay.” Talking about why he named his store ‘Dollar Disco’, a marriage of music and retail, Farooq said, “We could not come up with a name and me and my wife were making jokes about different names and suddenly she said how about ‘Disco Dollar’ and started laughing.” But Farooq liked it and decided to go with it.

While longing for music and singing, Farooq is determined to resume his career, but only when his business is large enough and able to sustain his family. “I still play my guitar, I still sing but I want something for my daughters and leave something behind for them.”

Although both Farooq and his wife get nostalgic while talking about the good times and rock star life back in Pakistan, Konple says “you have to move on.”

“Now we have kids and life is different here. But we are happy.”

This article originally appeared on The Times-Tribune.com