Extort­ion is a key source of ‘income’ for the insurg­ents on both sides of the border.
By Qaiser Butt
Published: December 3, 2010
Tweet Email 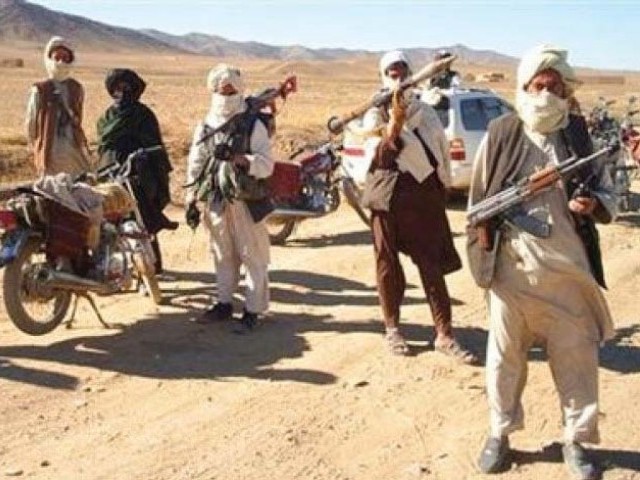 ISLAMABAD: The opening up of trade between Afghanistan and India via the Torkham border will open another lucrative window of opportunity for the Taliban to fill their coffers, a high-ranking customs official told The Express Tribune.

The Afghanistan-India trade will be launched from January 1 next year.

The official, who requested anonymity, said it is an open secret that traders and smugglers pay huge sums in extortion money to Taliban and it is one of the main sources of ‘income’ for the Taliban on both sides of the border.

All goods entering or leaving Afghanistan are subject to Taliban-levied ‘tax’.

Similarly, all Afghan goods to and from India via the Torkham border will also be subject to this terror tax.

Under normal circumstances, cargo carriers on both sides of the border have to pay anywhere between Rs2,000 and Rs5,000 per truck to Taliban, a trader running his business in the border area said, adding that Afghan Taliban demand a higher sum than their comrades-in-arms in Fata.

The Taliban, he said, preferred smugglers because they offered more money than regular businessmen.

Kidnapping for ransom is another source of money for the Taliban on the Pakistani side of the border.

According to an estimate, the Taliban in Pakistan earned as much as Rs3 billion via kidnappings.

They ‘normally’ demand between Rs10 million and Rs25 million from the family of kidnapped persons. In rare cases the demanded amount can be as high as Rs40 to 50 million.

Commenting on kidnappings and payment of ransoms, Khyber-Pakhtunkhwa Information Minister Mian Iftikhar said a captive “is sold and resold many times and Taliban leaders also jump in to secure their share in the booty”, adding that the kidnapping was used as a mechanism for raising funds for carrying out militant actions or for securing the freedom of their ‘associates’.

Rejecting the perception that people were freed without paying any ransom, he said it was impossible, adding that relatives of the kidnapped persons avoided making such episodes public because of threats from captors.

The minister did not rule out the involvement of top police officials in kidnappings, alleging that militants maintained contacts with them.

About 300 people, including officials and affluent persons belonging to Peshawar’s business community, were reported kidnapped this year and most of them are learnt to have secured their freedom by paying heavy ransoms.

However, SSP Peshawar (Operations) Ijaz Khan was quoted by media as saying that 130 people had been kidnapped for ransom till September. He said that gangs of Afghan nationals and local tribesmen were involved in kidnappings.

Many traders had even closed their businesses and left the province because of constant fear of being kidnapped.

There is a strong notion among the people in Peshawar that authorities of the tribal agencies, mainly in Khyber Agency, and elements in the police department are colluding with the kidnappers. Otherwise, the frequency of such incidents could not have been so high.

The militants are being financed by the internal and external intelligence agencies, a state bank official, who also wished not to be named, said .

“It is absolutely incorrect to suggest that funds to Taliban were channalised via banks,” he added.

It is also an undisputed fact that Nato itself and president Karzai have been among major sources of money for Taliban .

Transporters carrying fuel and other goods for Nato forces in Afghanistan are also among those ‘paying’ regularly to Taliban.