Jalaibee makes Rs5 million on the box office before release

Jalaibee makes Rs5 million on the box office before release 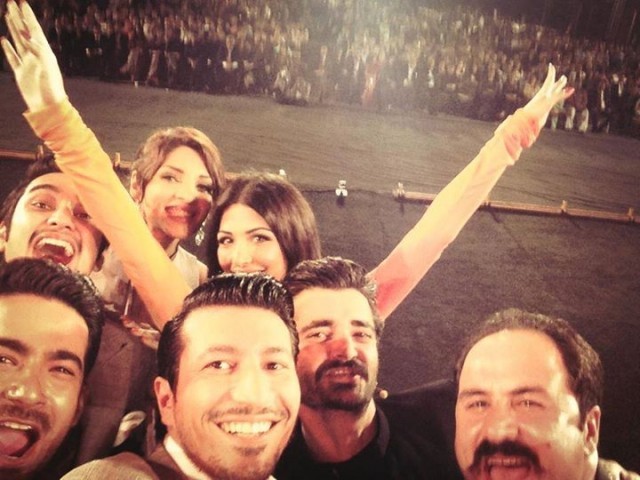 KARACHI: Upcoming Pakistani film Jalaibee has set a rather unique record. The yet-to-release movie has already made Rs5 million in advance ticket sales.

During a press conference on Tuesday, founder and CEO of ARY Digital Salman Iqbal revealed that real estate tycoon Malik Riaz has purchased 10,000 tickets of Jalaibee for members of Bahria Town.

“The film has already done a business of Rs5 million, two weeks prior to its release,” he said.

Bahria Town residents however will need to register in order to avail the free tickets.

Seems like the films producers are going all out in promoting their movie. Earlier, Jalaibee‘s distributor ARY Films, in collaboration with Malik Riaz, had announced that they would be offering gold worth the price of a ticket to anyone who will watch the film in Bahria Town cinemas.

One of the highlights of the film is its versatile director Yasir Jaswal. The young writer-director spoke to The Express Tribune about his soon-to-be released film.

“Jalaibee is a film about eight people and how their lives are intertwined after a sequence of events,” he said. “Two of the major characters in the film are Billu (Danish Taimoor) and Bugga (Ali Safina), friends who get entangled in a debt with the local mafia called The Unit,” Yasir said, specifying that a central theme of the film is greed and how it wields its sledgehammer on those involved.

Initially expected to release during the summer of 2014, Jalaibee is now set to hit the cinemas on March 20. Explaining the reason for the delay, Yasir said, “The production team had run out of funds and the reason behind releasing the teaser was strategic. Wanting to get financers on board, we worked on the pre-production of the film quite extensively, which resulted in delay of the film’s release.”