Leading operations from the front will eliminate terrorism: Army chief

Leading operations from the front will eliminate terrorism: Army chief 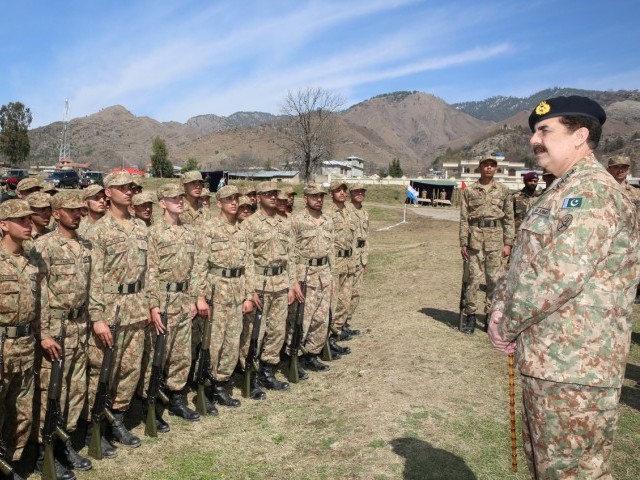 RAWALPINDI: Chief of Army Staff General Raheel Sharif appreciated on Tuesday the role of the leadership heading operations, saying that leading from the front will eliminate terrorism.

General Raheel termed Kakul a premier institution, which is a cradle of leadership, and asked the young officers to prepare for challenges. He assured them that with the nation’s support, they will bring will peace and security in the country.

He advised young officers of the Pakistan Army not to shy away from difficult challenges and to instill in them character, courage and competence.

#COAS appreciating role of Ldrship in ops;Tradition of Leading from front will lead us to elimination of terrorism,fight other challenges-3

Shahbaz wanted to cut deal with TTP as long they didn’t conduct operations in Punjab: report