Shahbaz wanted to cut deal with TTP as long they didn't conduct operations in Punjab: report

Shahbaz wanted to cut deal with TTP as long they didn't conduct operations in Punjab: report 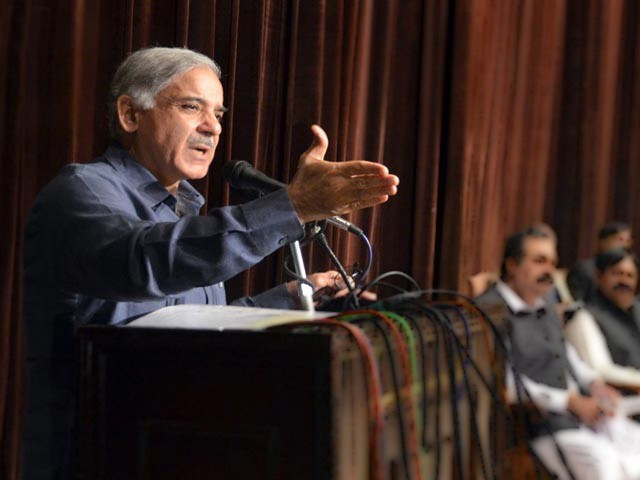 The files were revealed in terror convict Abid Naseer’s trial by a Brooklyn jury earlier this month. One of the files is a letter written by Atiyah Abd al Rahman (Mahmud), who was then the general manager of al Qaeda, to Osama bin Laden (identified as Sheikh Abu Abdallah) in July 2010.

According to one letter from Rahman, one of bin Laden’s top deputies, dated July 2010, Bin Laden was informed that Shahbaz Sharif wanted to cut a deal with the TTP, whose leadership was close to Bin Laden. The government “was ready to reestablish normal relations as long as [the Pakistani Taliban] do not conduct operations in Punjab.”

Attacks elsewhere in Pakistan were apparently acceptable under the terms of the alleged proposal.

Rahman’s letter stated that Punjab Chief Minister Shahbaz Sharif initiated negotiations with the militant group. In the letter, Rahman informed TTP commanders Hakeemullah Mehsud and Qari Husayn that Shahbaz Sharif “sent them a message indicating they [the government] wanted to negotiate with them, and they were ready to reestablish normal relations as long as they do no conduct operations in Punjab.”

Rahman clarified that the deal was limited to the “governmental jurisdiction” of Punjab and did not include Islamabad.

“The government said they were ready to pay any price…and so on,” the letter states. “They told us the negotiations were under way.”

Rahman then made it clear that the TTP was to keep Al Qaeda leadership in the loop at all times. “We stressed that they needed to consult us on everything, and they promised they would.”

According to the report, Shahbaz Sharif’s willingness to negotiate is consistent with his public opinion at the time. The chief minister was a vociferous critic of General Pervez Musharraf’s policies and “blamed the escalation of violence in Pakistan on Pervez Musharraf.”

The report states that al Qaeda’s negotiating tactic was simple. They wanted Pakistanis to either leave them alone, or they would suffer more terrorist attacks. Rahman’s letter reveals how bin Laden’s men sought to convey their message. They relied on Haqqani Network leader, Siraj Haqqani, which has been supported by the military and intelligence establishment.

“We received a messenger from them bringing us a letter from the Intelligence leaders including Shuja Shah, and others,” Rahman wrote, according the US government’s translation. “They said they wanted to talk to us, to al Qaeda. We gave them the same message, nothing more.”

Beyond his role as a leader in Pakistani intelligence, “Shuja’ Shah” is not further identified in the letter. Ahmad Shuja Pasha was the head of Pakistan’s Inter-Services Intelligence (ISI) agency at the time. Some have alleged that Pasha knew bin Laden was located in Abbottabad.

Pasha has repeatedly denied this. Rahman’s letter does not indicate that “Shuja Shah” or Pakistani intelligence knew of the Al Qaeda chief’s whereabouts, but it shows that they knew how to get in touch with his top lieutenants.

ISI got in touch with al Qaeda again a “little later,” sending the “same man” who had acted as a messenger the first time.

Rahman noted: “This time the surprise was that they brought Hamid Gul into the session, and Fazlur Rehman Khalil attended with them as an adviser!” Hamid Gul headed the ISI in the late 1980s.

“Be patient with us for a little bit,” Rahman quoted them as saying, indicating that the Pakistan had requested a cooling off period of up to two months.

If “we can convince the Americans,” the Pakistanis said, then we “have no objection to negotiating with you and sitting with you,” the letter states further.

‘Al Qaeda was cautious, but willing to make a deal’

In July 2010, Rahman wrote another letter to bin Laden, revealing that group was cautious but willing to strike a deal with the negotiators.

“Are the Pakistanis serious, or are they playing around and dissembling?” Rahman wrote. He believed that “Caution is mandatory, as is preparedness, awareness, and staying focused on the mission and resolve.”