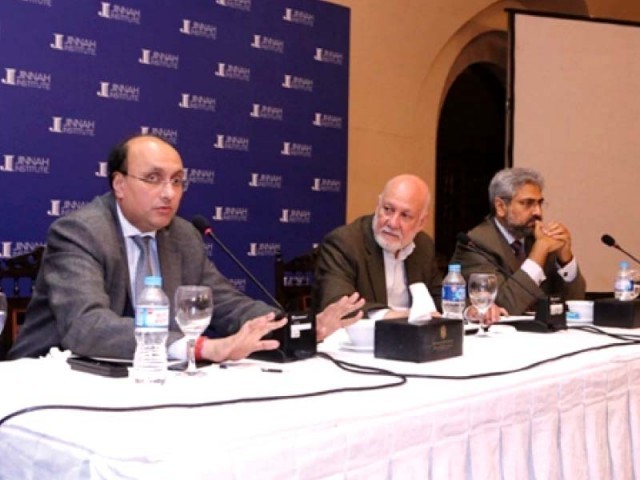 Two Indian scholars expect no major breakthrough in bilateral ties between Delhi and Islamabad. They, however, say that the Indian leadership has the realisation that engagement with Pakistan was better than no engagement.

Although majority of the populations of the two neighbouring countries want improvement in bilateral ties, expecting major breakthrough in near future would be unrealistic.

Siddharth Varadarajan, a former editor of The Hindu and Ashok Malik, a senior columnist shared these views at the Jinnah Institute’s Distinguished Speaker programme at a local hotel on Friday, said a press release.

They said Indian Foreign Secretary S Jaishankar’s visit to Islamabad this week has set the stage for improving India-Pakistan ties.

While both speakers agreed that India and Pakistan needed to discuss Kashmir, they also felt this was presently not a priority for the BJP-led government, given Prime Minister Narender Modi’s preoccupation with a domestic agenda of economic reform.

They also said that the recent increase in defence spending by India was not inconsistent with budgetary trends, and should not be a source of undue alarm in Pakistan.

The only area where the Modi government has been successful was foreign policy, they said. The promise of forward-movement in relations had abruptly ended with New Delhi’s unilateral cancellation of Foreign Secretary-level talks last August.

They added that India was cognizant of the fact that Pakistan was fighting a difficult war on terrorism and asserted that India did not benefit from instability and terrorism in Pakistan.

Sharing his views on the performance of the Modi government so far, Varadarajan, a senior fellow at the Centre for Public Affairs and Critical Theory, Shiv Nadar University, New Delhi, said that Modi should be commended for increasing the BJP’s vote share from 18 per cent in 2009 to 32 per cent in 2014.

He has also taught at New York University is a member of the Indian Council of World Affairs, the editorial board of India Quarterly: A Journal Of International Affairs and the Executive Council of the Maulana Abdul Kalam Azad Institute of Asian Studies.

“Significantly, the election was not fought along communal lines. The support and backing of corporate India was also a key element in Modi’s rise to power, however one of Modi’s greatest challenges in proceeding ahead was mitigating social tensions while taking diverse constituencies ahead,” he said.

“The more Modi’s supporters pursued hardline Hindutva policies, the greater would be the chances of social disharmony in Indian society,” he observed.

In his comments, Ashok Malik, who writes for leading Indian and international publications including the Times of India, Hindustan Times, Asian Age Pioneer, spoke about changing demography and the youth dividend that characterised South Asian society.

“India has the largest working age population anywhere in the world, and 65 per cent of its GDP was urban-centric. The rise of Modi has been enabled by the rise of a pan-Indian middle class that is increasingly thinking in macroeconomic terms,” he said.

He said at the regional level, one of the key thrusts of India’s foreign policy was to bolster trade with SAARC states.

“With Pakistan, trade and economic cooperation offered a clear pathway to peace, and would considerably help reverse negative perceptions in both countries,” said Malik.

The Distinguished Speaker Series is a long-running exchange of thought leaders between India and Pakistan, jointly managed by Jinnah Institute and Australia India Institute. This was the seventh edition of the series.